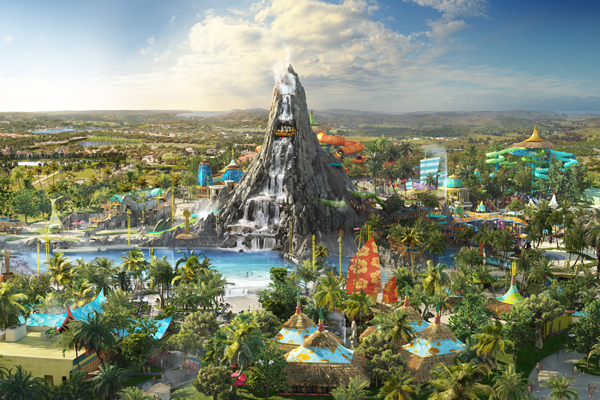 Universal Orlando Resort is to release a three-park ticket to include its new Volcano Bay water park for travel from June 1, 2017.

The entertainment giant confirmed the Explorer tickets would be on sale direct and through the trade in the near future.

Volcano Bay will feature 18 attractions, and Universal has promised as-yet undisclosed innovations that will reduce queue times and remove the need for visitors to carry their own rafts on slides that require them.

In a press conference at the IPW conference in New Orleans, Universal also announced that its fifth resort hotel, Loews Sapphire Falls, would open on July 14, and also confirmed details of a 400-room expansion at its Cabana Bay property.

Universal also released details of its new Skull Island: Reign of Kong attraction, which has already soft-opened. Guests will board a 40-foot ‘expedition vehicle’ and will experience both 3D animation and physical elements on one of the resort’s longest attractions.

Representatives of Universal Studios Hollywood also unveiled a new logo, which brings the park in-line with its Orlando counterpart.

The Hollywood resort has undergone a major regeneration prompted by the construction and opening of the Wizarding World of Harry Potter attraction.

Around 75% of the park is now ‘all-new’, with refurbishments to entry points, cinema complexes and CityWalk adding to new themed areas and attractions including the Wizarding World and a new experience based on the television programme The Walking Dead, which opens on July 4.