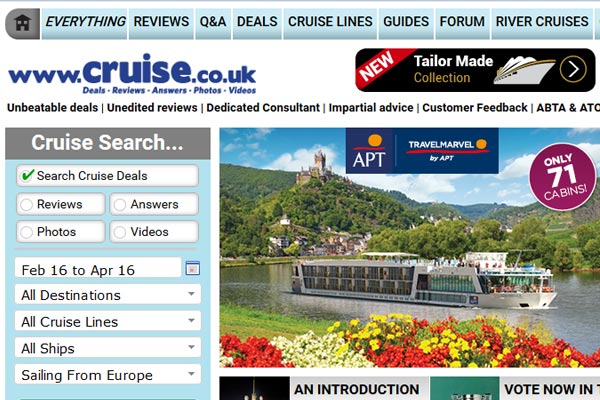 Cruise.co.uk is reported to be up for sale for £50million.

Private equity firm Risk Capital Partners, which acquired the website just under three years ago, is in talks to sell the company to Bridgepoint Development Capital, according to Sky News.

Sky claims a deal could be announced next week.

The cruise specialist’s business grew by 67% after investment and backing from Risk Capital Partners, which was founded by entrepreneur Luke Johnson.

Other parties rumoured to have put in offers include TripAdvisor; the owner of Lastminute.com; and Inflexion Private Equity.

Sky said both Risk and Bridgepoint declined to comment.