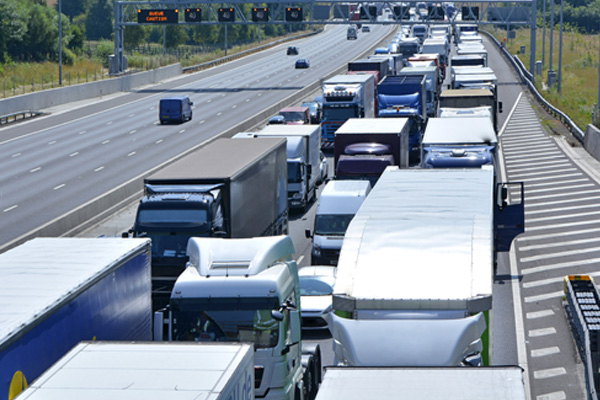 The boss of P&O Ferries has spoken out against delays of up to 14 hours suffered by motorists trying to get to Dover to cross the channel on holiday at the weekend.

Chief executive Helen Deeble described the scenes of holidaymakers delayed for “completely unacceptable lengths times” as something that “must never be allowed to happen again”.

A “failure” by French authorities to provide adequate staffing for increased checks at the Port of Dover was the “primary cause” of delays.

Deeble apologised to passengers whose holidays were affected and said the ferry firm said it would be talking to British and French authorities to ensure there is “no repetition of this disruption”.

Delays have eased but some disruption could last for weeks, police have said.

Deeble said: “Increased security checks at the border are completely understandable but the French authorities must provide adequate numbers of staff to ensure that these checks can be processed quickly and efficiently. The failure to do so at the weekend was the primary cause of the delays.

“We did everything we could to keep passengers moving on the English Channel, providing extra sailings and staff on duty.

“The port of Dover is a vital link connecting our island to mainland Europe and the governments on both sides of the Channel must act now to protect the millions of people who rely on it.”

Rival DFDS said: “The company is working closely with colleagues at the Port of Dover and continuing its dialogue with government to insist that the French authorities ensure that the border controls at Dover remain fully manned throughout the busy holiday period to prevent a repeat of the weekend’s delays.

“DFDS provided extra sailings during the weekend and its teams at the port, in its contact centre and on board worked hard to keep customers informed, handed out water at check in and ensured ships departed from Dover fully loaded to help as many customers as possible get away on their holidays.”

France has been under a state of emergency since last November, when terror attacks in Paris left 130 people dead, and has tightened its border checks accordingly.