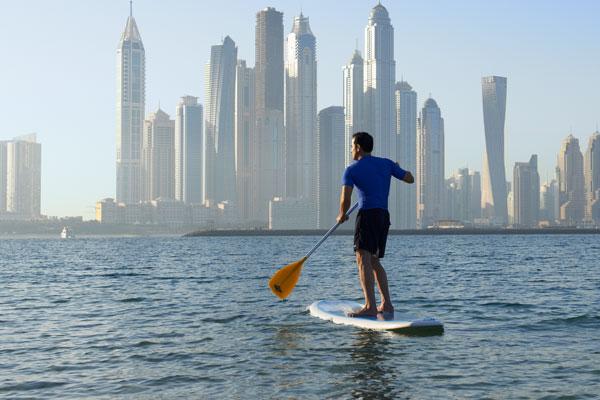 Why choose city or shore when you can have both, asks Katie McGonagle?

When you’ve only got a few days to spare, it’s important to use your time wisely.

Do you want a busy city break packed to the brim with the most interesting sights, the trendiest bars and the coolest hotels your chosen city has to offer? Or a short but oh-so-sweet stay by the beach, squeezing in some much-needed sunshine?

Both sound tempting, so if clients can’t make up their minds, there is a third option – go for a city break with a beach nearby, allowing for all the sightseeing they want plus a day or two by the sea to enjoy some downtime.

Here’s our pick of a few spots to enjoy the best of both worlds, without having to compromise on either. 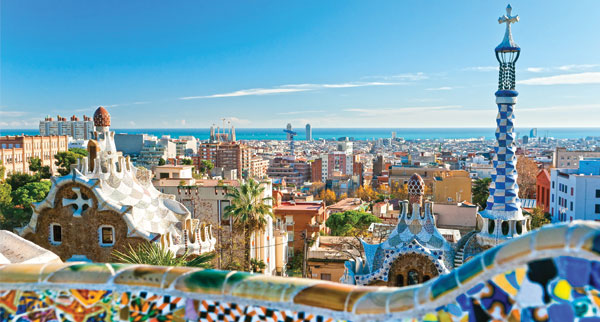 The city: A weekend isn’t enough to see even a fraction of this dynamic Spanish city. If it’s a first-time trip, there’s no harm ticking off touristy Las Ramblas or hopping on the cable car up Montjuic for panoramic city views. But repeat visitors will relish the chance to dig deeper: if they loved the city’s artistic side, book a Picasso walking tour around areas the artist loved most, ending at the Picasso Museum; or find out more about famous son Antoni Gaudi by touring La Sagrada Familia, the bizarre artworks of Parc Guell and finishing with his last modernist building, La Pedrera. Attraction World offers tours from £28 and £49 respectively.

The beach: The best thing about Barcelona’s beaches is how accessible they are from the city. Visitors can wander through the old town, Ciutat Vella, and 10 minutes later, be lapping up sunshine on Platja de Sant Sebastia. The vibe varies along its almost-uninterrupted three-mile stretch, with some beaches better-suited to families or sports and others boasting lively bars from late afternoon onwards. 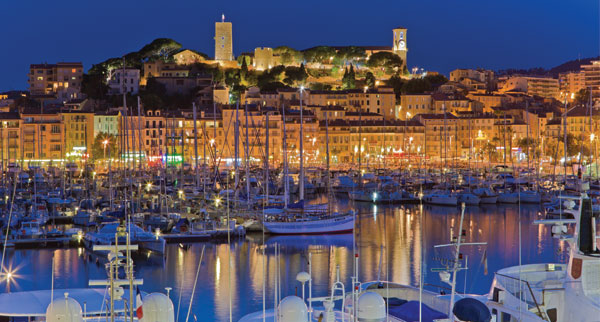 The city: Best known as home to the celebrity-studded film festival and a favoured spot for the glitterati who ‘summer’ in the south of France, Cannes does ultra-high-end escapes better than anywhere. Yet it has enough to satisfy more modest tastes too: stroll up the winding cobbled streets of Le Suquet to see the castle, the Notre-Dame de l’Esperance church and dozens of charming little bistros along Rue Saint Antoine and Rue du Suquet. Or go window-shopping in the boutiques of seafront promenade La Croisette, and dive in to an array of French cuisine at covered market Marché Forville.

The beach: Cannes combines public and private beaches, with the latter belonging to the area’s luxury hotels, although many allow non-residents access for a fee. Among the public beaches, the Plage de la Bocca and Plage du Midi are popular but crowded in summer. A quieter alternative is taking the ferry to the nearby Iles de Lérins, made up of twin islands Saint-Honorat, home to a monastery and castle, and the larger Sainte-Marguerite. 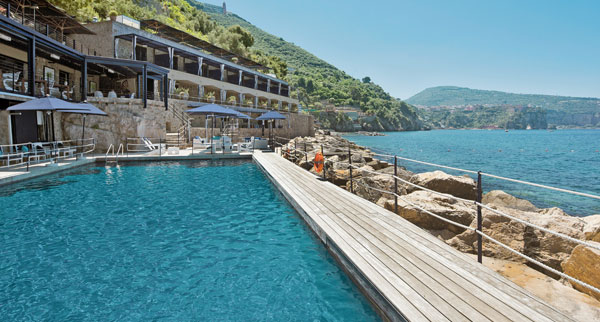 The city: Often dismissed as just a package resort or gateway to the Amalfi Coast, Sorrento is a pleasant place for a slow city break. Customers can enjoy its little boutique-filled lanes, stop for a spot of lunch at the Marina Grande or a glass of limoncello in one of its pavement cafe bars, or ride a bike up through the surrounding lemon groves to see the coast from above. Do suggest a trip to Pompeii and Herculaneum if there’s time.

The beach: It’s worth hiring a car to see the best of the Sorrento coastline, as the main coastal spot in town – Marina Grande – isn’t exactly relaxing, though it’s a nice spot to people-watch. Head east to the small sandy Marinella Beach or a little further to the coves of Vico Equense; venture south to the Amalfi Coast; or pick up a ferry to Capri or Ischia, both offering enjoyable coastal spots.

Book it: Kuoni offers four nights with breakfast at the five-star Capo La Gala with British Airways flights from Gatwick and private transfers, from £770 in October. kuoni.co.uk 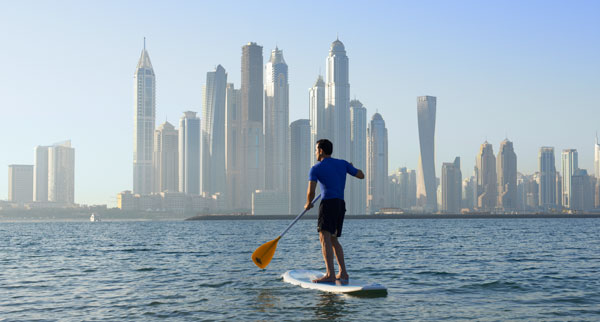 The city: It might seem far for a weekend, but with overnight flights, Dubai is surprisingly accessible for a short break. Pack in as much as possible by pre-booking activities and queue jumps, from a helicopter flight offering an overview of the emirate, to a city tour through gold and spice souks and the more modern Palm Jumeirah and Burj Al Arab (Do Something Different has a half-day city tour from £29). Make mealtimes into sightseeing opportunities too, with a Bateaux Dubai dinner cruise or high tea at the opulent Burj Al Arab (from £160 through Attraction World).

The beach: Dubai’s beaches are better avoided in summer when temperatures top 40C, but come October when the mercury’s back in the more comfortable 30s, it would be a shame to miss all that soft golden sand. Most hotels have their own beach, but there are great public options at the likes of Mamzer Beach Park or the Open Beach – popular with early morning joggers – if clients are staying downtown.

Book it: Gold Medal offers three nights’ all-inclusive in a sea view room at the JA Ocean View Hotel, with flights from Heathrow, from £599 based on selected dates in September. goldmedal.co.uk 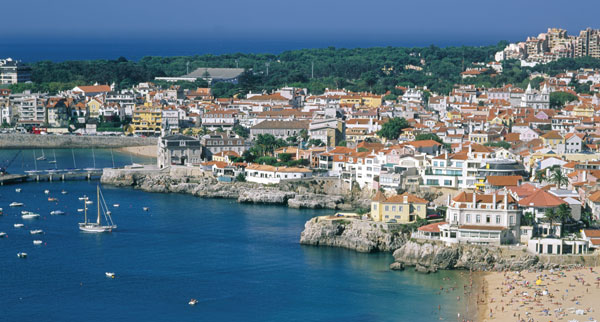 The city: The Portuguese capital appeals to anyone with a cultural bent – you could spend days in the Moorish-influenced Alfama district or downtown Baixa and still not see it all. Some of the biggest attractions lie in Belem, but make sure clients venture beyond the Belem Tower and Jerónimos Monastery to see the Berardo Collection at the Belem Cultural Centre, displaying artworks by Warhol, Dali, Magritte, Mondrian and Picasso. After dark, head to Chiado for dinner and a fado (Portuguese music) show, then onwards to Bairro Alto for the best nightclubs.

The beach: Cascais and Estoril are the nearest coastal resorts and well set-up for families. For a less touristy experience, hire a car and venture north to the Serra de Sintra coastline, full of rugged scenery and Atlantic waves ideal for surfers; or the Setubal Peninsula, whose southern side has some of the most picturesque beaches in Portugal.

Book it: SuperBreak has a three‑night B&B stay at the three-star Holiday Inn Express in Lisbon, including flights from Stansted, from £289. superbreak.com 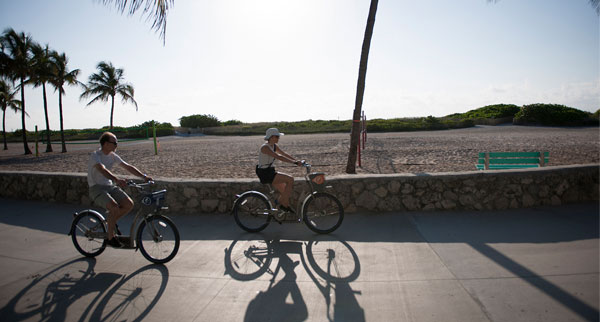 The city: “The lure of Miami is that it combines being a cosmopolitan city with a beachy lifestyle and great natural beauty,” says Rebecca Evans, senior marketing executive at Funway Holidays. “It’s a fab beachside city and perfect short-break destination as it’s only eight hours away.”Make exploring its funky neighbourhoods more fun by booking a Segway tour of the art deco district, a food tour by bike around Little Havana, or a small-group trip to see street art in Wynwood, all available via Do Something Different.

The beach: Miami Beach is a destination in itself, connected by causeways to the mainland, and the beaches are complemented by stylish art deco hotels along Ocean Drive, an inventive foodie scene and world-famous nightlife. South Beach is the best known, with museums, gardens and Gianni Versace’s house Casa Casuarina, and a quirky vibe at Lummus Park Beach.

Book it: Funway offers five nights at the Four Points by Sheraton Miami Beach from £849, including BA flights departing Heathrow on September 18. funway4agents.co.uk 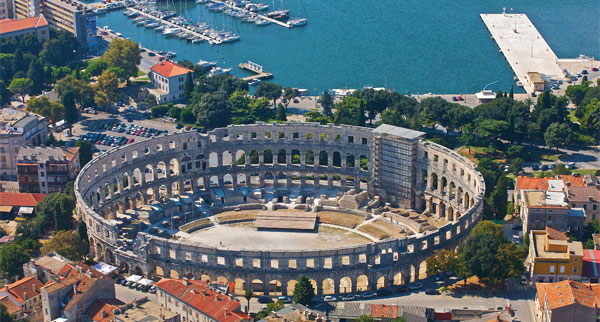 The city: This ancient Roman outpost at the southern tip of Croatia’s Istria Peninsula lacks the profile of Dubrovnik or Split, but its Adriatic coast is just as beautiful and its architecture just as impressive. The arena, the sixth-largest Roman amphitheatre still in existence, is the focus, but there’s also a forum featuring a first-century temple and medieval city hall, and ancient city gates. The Gothic style of the 13th‑century Franciscan Church is worth a look too.

The beach: Head a mile south of the city and the Verudela peninsula is home to a host of beaches, with Histria, Ambrela and Brioni boasting Blue Flag status. The Park Plaza Arena Pula also sits on Hawaii Beach, supposedly named for its clear turquoise waters.

Book it: A double room at the Park Plaza Arena Pula starts at £87 a night. Direct flights to Pula are available from six UK regional airports with easyJet, Ryanair, Norwegian, Jet2.com and Thomson Airways. parkplaza.com/Croatia 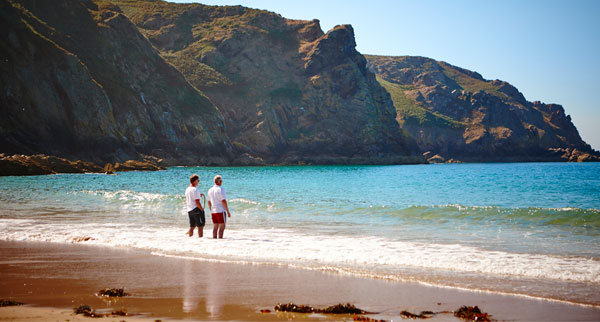 The city: “If clients are looking for something different from the usual city break, Jersey is a fantastic option,” says Bev Scarr, product manager at Premier Holidays. “The largest of the Channel Islands, it’s a unique place, encompassing the atmosphere of a city with its abundance of award-winning cultural attractions, heritage and top-quality food, alongside the unhurried place of island life. This makes Jersey a fantastic destination for clients who love city breaks, but would also like some time relaxing on the beach.”Compact capital St Helier has a vibrant harbour, great shopping along the high street or Liberation Square, and brilliant museums including the family-friendly Maritime Museum, wide-ranging Jersey Museum, and one dedicated to the Second World War occupation.

The beach: St Aubin’s Bay is a glorious crescent-shaped stretch of sand reaching from St Helier, with dozens of beach cafes scattered along the promenade, and good conditions for waterskiing and jetskiing. There are many other suntraps dotted around this island: south-facing St Brelade’s Bay enjoys some of the best sunshine along with soft sand and safe swimming; there’s great surfing in the western St Ouen’s beach; and stunning coves along the north coast such as Plemont, Greve de Lecq and Bonne Nuit, which are harder to get to, but much quieter as a result.

Book it: Four nights at the Radisson Blu Waterfront Hotel starts at £355 by sea from Poole, or £419 by air from Gatwick, both with Premier Holidays, based on travel between September 12-30. trade.premierholidays.co.uk 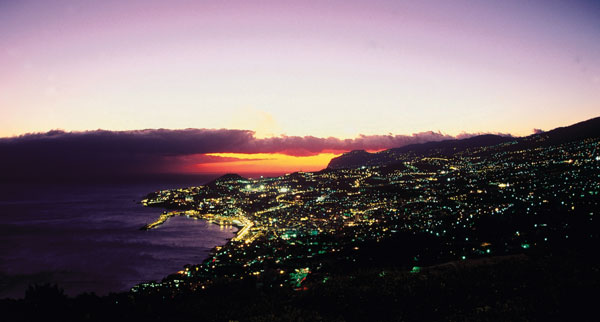 The city: The capital of Madeira has much to recommend it, offering a quieter kind of city break. Visitors can derive as much enjoyment from a stroll through its green spaces – the Botanical Gardens, Quinta do Palheiro Park, or the Chinese garden of the Monte Palace Hotel – as from the 15th-century Santa Clara Convent and the central Sé Cathedral.

The beach: Madeira’s pebble beaches might lack the golden-sand appeal of mainland Portugal, but Praia Formosa and Doca do Cavacas remain popular nonetheless. Alternatively there is a man-made beach in Calheta, black-sand beaches such as Prainha in the east or Porto da Cruz in the north; or alternatively, hop on a ferry to the islands’ most famous beach, the five-mile sandy stretch on Porto Santo. 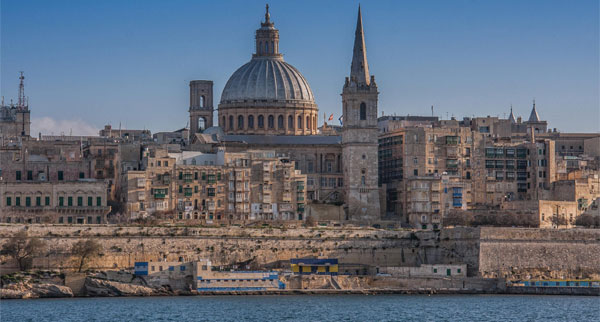 The city: This Maltese port city is seriously underrated as a weekend escape, offering all the cultural, architectural and historical highlights of some of Europe’s most iconic cities, often at a more affordable price. Don’t bother with a car – its compact sights are easily seen on foot, from the beautifully ornate St John’s Co-Cathedral, famously home to Caravaggio’s painting Beheading of Saint John the Baptist, to the Palace of the Grand Masters and the 17th-century Manoel Theatre still in use for grand performances. Best of all, though, is a stroll to the Upper Barrakka Gardens for breathtaking views over the Grand Harbour.

The beach: On an island not known for its sandy beaches, there are a surprising number of little coves provided you know where to look. The north of the island is generally the best place to be, home to Mellieha Bay, Golden Bay and Ghajn Tuffieha; but a day trip or overnight stay on sister island Gozo opens up the option of red-sand beach Ramla l-Hamra.