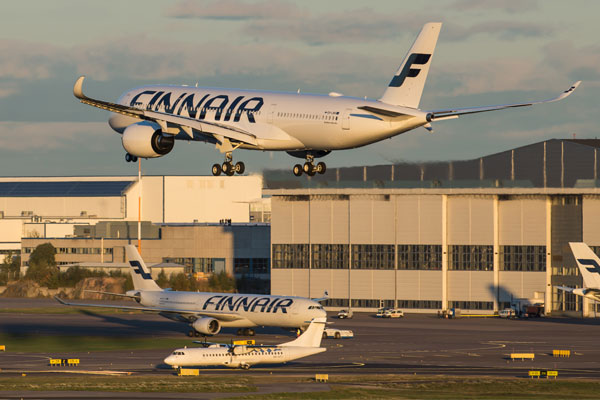 Finnair is raising capacity from the UK and Ireland to Helsinki next summer due to high demand.

Edinburgh and Dublin will see increased capacity with flights connecting to the carrier’s long haul network to Asia from the Finnish capital.

The Scottish seasonal summer route was launched in April with three flights a week, rising to four and five during the August peak.

The five flights a week will be maintained throughout next summer operated by a 138-seat Airbus A319.

Finnair will also raise capacity from Dublin with up to nine weekly flights from March 27, an increase of three flights a week compared to the winter schedule.

The route will be served by a mix of Airbus A319 and Embraer E190 aircraft.

The airline recently announced that the new generation Airbus A350XWB will operate a fifth service between Heathrow and Helsinki from October 5.

UK, Ireland and Benelux sales director, Andrew Fish, said: “We are pleased to announce these enhancements, due to passenger demand, to our summer 2017 schedule between the UK, Ireland and Helsinki, allowing passengers even greater flexibility to take advantage of our award winning service and excellent connections to Asia.”