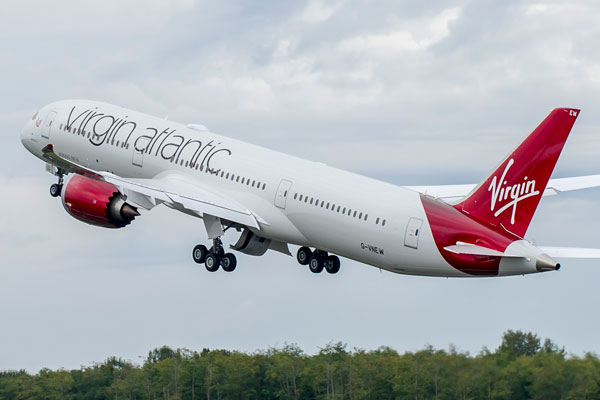 A new low-carbon fuel project is claimed to have taken a “significant step forward” after successfully producing 1,500 US gallons of jet fuel.

The breakthrough towards developing commercially viable low carbon fuel is the result of a partnership between Virgin Atlantic and specialist firm LanzaTech.

They have been working towards producing the world’s first jet fuel derived from waste industrial gases from steel mills via a fermentation process in the past five years.

LanzaTech chief executive, Dr Jennifer Holmgren, said: “We can now truly imagine a world where a steel mill can not only produce the steel for the components of the plane but also recycle its gases to produce the fuel that powers the aircraft.”

The so-called Lanzanol was produced at a demonstration facility in China.

Work is now set to continue with Boeing and other companies to complete the additional testing aircraft and engine manufacturers require before approving the fuel for first use in a commercial aircraft.

Assuming all initial approvals are achieved, the LanzaTech jet fuel could be used in a proving flight next year.

Data collected from the flight will enable the partnership to seek approval to use the fuel on routine commercial air services.

This would also help pave the way for LanzaTech to fund and build its first commercial jet fuel plant to supply fuel to airlines, hopefully in the UK.

Virgin Atlantic founder Sir Richard Branson said: “This is a real game changer for aviation and could significantly reduce the industry’s reliance on oil within our lifetime. “Virgin Atlantic was the first commercial airline to test a bio-fuel flight and continues to be a leader in sustainable aviation.

We chose to partner with LanzaTech because of its impressive sustainability profile and the commercial potential of the jet fuel.

“Our understanding of low carbon fuels has developed rapidly over the last decade, and we are closer than ever before to bringing a sustainable product to the market for commercial use by Virgin Atlantic and other global airlines.”