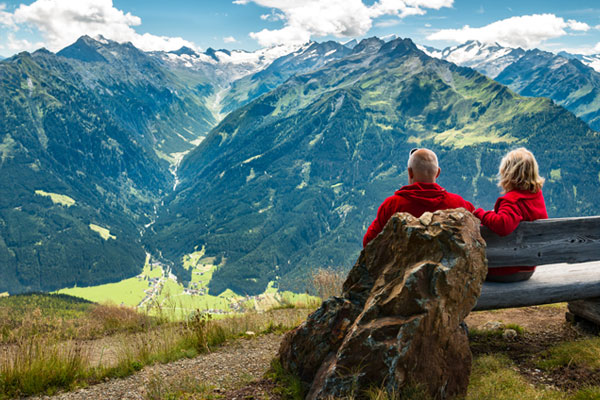 The over-50s are spending more on holidays – including cruises – while younger people are travelling less, new research shows.

The older age group has increased spending on travel by 23% over the past five years, according to a study by the CEBR consultancy for Saga, reported by the BBC.

Those under 50 have cut spending on tourism by 5% during the same period.

As a result, the older generation is now responsible for more than half the UK’s total spending on holidays.

Other exotic destinations included exploring the Silk Road in Uzbekistan, the report for the over-50s travel and insurance specialist says.

The Institute for Fiscal Studies said earlier this year that younger people had suffered a fall in income since the financial crisis, while those over 60 had enjoyed a higher standard of living.

However, those under 30 saw a 7% drop in income over the same period, with those in the middle seeing little change.

Saga Holidays chief executive, Andrew Strong, said: “The over 50s want to spend their retirement exploring the world and discovering new and exciting destinations – they truly are enjoying life through travel.

“Despite industry concerns that the recent Brexit vote might see people change their travel plans, older travellers have no intention of letting it clip their wings.

“In a recent poll of almost 10,000 over 50s it was clear that less than one percent would reconsider their plans and if our customers are anything to go by, they are in fact now looking further afield.”

He added: “Over 50s account for well over half of UK spending on travel and tourism and that is set to grow as people live longer and healthier lives.

“Our report identifies that among the working over 50s more than a third (36%) plan to increase their spending on long-haul holidays after retirement and 31% expect to spend more on cruises.

“Older people are today healthier and wealthier than ever before and look forward to experiencing the world in style, which is great news for those in the UK travel industry who can help them achieve their dreams.”