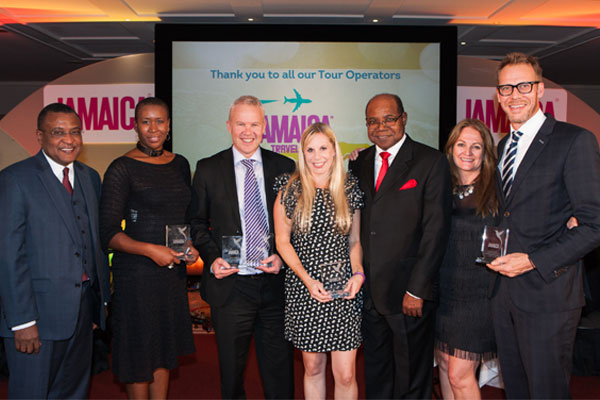 Jamaica’s tourist board has revealed plans to reach 250,000 British visitors a year by 2020 at its first agent showcase promoting the Caribbean island to the UK trade.

Speaking at the first Jamaica Travel Market – a dedicated event attracting more than 200 delegates including agents, tour operators and suppliers from Jamaica – tourism minister Edmund Bartlett said he wanted to see a total of five million visitors (compared with 3.6 million in 2015, including cruise and stopover visitors), a doubling of tourist income to $5 billion, and another 15,000 new rooms within the next five years.

The UK is the island’s third-biggest source market, and last year saw a record figure of 201,364 British visitors, but this is expected to rise with additional airlift and accommodation. Thomson has added a third weekly flight from Manchester and a fourth from Gatwick running November-April, with a Stansted service coming in May, while British Airways’ fourth weekly Gatwick-Kingston flight starts next April.

Director of tourism Paul Pennicook said: “We’re about to open another 2,000 rooms between now and early next year and we’re up to more than 200,000 visitors from the UK last year, so with those things coming together, we thought it was the right time to have our own show.

“We are certainly hoping agents will leave more educated about Jamaica, and therefore be able to sell with more confidence. Our minister is aiming to get to 250,000 visitors by 2020, and as long as we can continue to increase the airlift and the access, it’s achievable.

“Tui has been a very strong partner over the years and continues to focus on Jamaica by adding flights, and BA has added a fourth rotation per week from next summer. BA has always flown to Kingston, but with the completion of a new toll highway between Kingston and Ocho Rios, we can make that trip pretty quickly and as a result the BA flight has become much more attractive to the leisure market.”

Top-performing agents and operators were also handed awards at the event.