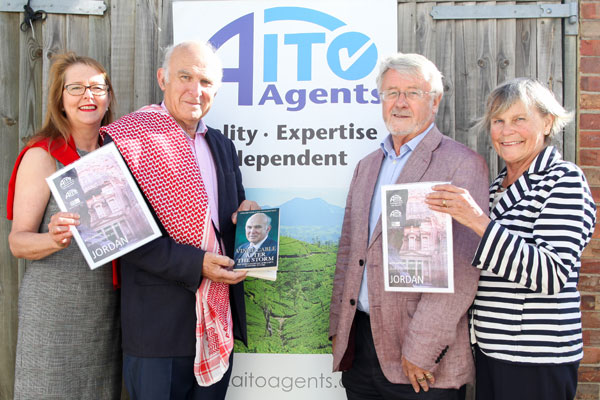 Politician Sir Vince Cable and British sailor Tracy Edwards MBE have been named as speakers at the Aito overseas conference.

Organisers of the conference, to be held in Jordan from November 23 to 28, said take up by members of the Association of Independent Tour Operators and Aito Specialist Travel Agents has been “unprecedented” this year.

The theme of the conference is ‘Reality versus Perception’ and it promises to address some of the big issues currently affecting the travel sector. It is sponsored by the Jordan Tourism Board and Royal Jordanian Airlines.

Sir Vince Cable, who was secretary of state for business, innovation and skills from 2010-2015, will talk about his views on the UK and the current world affairs, including Brexit, and how it might impact the travel industry.

Tracey Edwards, who skippered the first all-female crew in the Whitbread Round the World Yacht Race in 1989 and is now a best-selling author, will talk about the success of her race.

Aito chairman Derek Moore said: “The conference has seen an unprecedented take up this year – in fact, it’s been a record with regards to seats being filled so quickly. This is undoubtedly due to the itinerary arranged by the Jordan Tourist Board and we’re extremely grateful for all their hard work.”

He added: “We’re also delighted to have a selection of such high-profile speakers as guests and we all very much look forward to their talks in the business sessions.

“I’m confident that this will be one of the best conference destinations yet, to mark AITO’s 40th anniversary year.”

Chairman of AITO Agents Gemma Antrobus said Jordan would be a great destination for agents to learn about. She said: “I’d almost describe it as more of a ‘FAM-ference’, as there is such a lot of fantastic touring content that’s been arranged for us all; it will doubtless enable agents to sell Jordan as a destination with both confidence and fervour.

“Our time in the country will allow us not only to hold our business sessions on the shores of the Dead Sea but also to visit several of Jordan’s visitor highlights, including the Roman city of Jerash, the cultural magnificence of Petra and the scenic splendour that is Wadi Rum.”