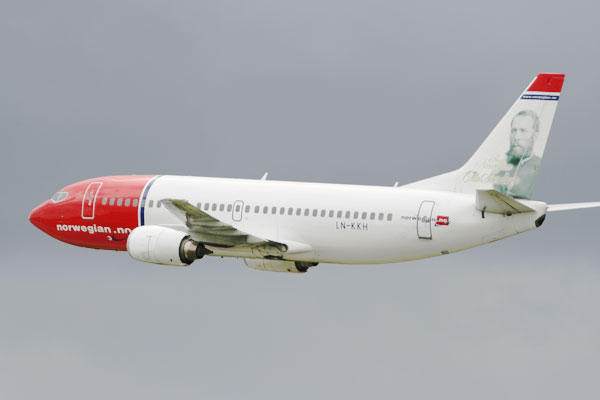 UK transport minister John Hayes has intervened to support Norwegian in a battle against US aviation authorities to expand low-fare transatlantic flights.

The MP said in response to a parliamentary question on Monday that the government would continue to put pressure on the US to approve the low-cost carrier’s application, in a third major intervention on behalf of the airline.

Norwegian has been waiting for approval to operate flights to the US from its UK subsidiary for over a year, and from its Irish offshoot for three years.

The carrier has failed to win approval from the US over concern that competition from the new entrant would hit local airlines.

Earlier this year the government delivered a strongly worded letter to US authorities, demanding to know why the application approval has been delayed despite the airline meeting requirements.

Asgeir Nyseth, Norwegian Air’s chief operating officer, told The Telegraph: “There is no way that they can deny Norwegian the approval. If they could, they would have done it by now.”

Norwegian currently runs long haul flights from Europe to the US through its Norwegian licence, but cannot take advantage enhanced EU rights as it might through its Irish and UK licences.

The EU is also seeking arbitration to solve this long-running issue.

A spokesman for the airline said: “The fact is that Norwegian Airlines Ireland and Norwegian UK are recognised EU carriers that meet all requirements under open skies agreement.

“We are confident the US Department of Transport will approve our applications and we hope they will do so shortly.”

The company is understood to be hopeful that its application will be approved after the US general election next month.