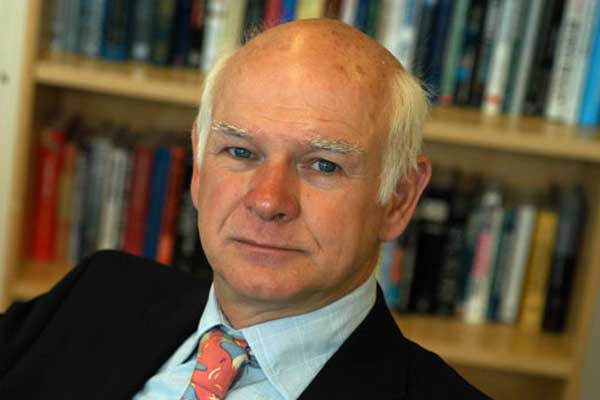 The former head of the Airports Commission claims legal challenges against Heathrow expansion will fail due to the weight of evidence in favour of a third runway.

Sir Howard Davies said that major objections to the runway, including pollution, were not sustainable.

Speaking to The Times, he denied claims that his inquiry, which took two and a half years, was biased in favour of the west London hub, insisting that such a legal challenge was “complete nonsense”.

Sir Howard, now chairman of the Royal Bank of Scotland, also reiterated his conclusion that the economic case in favour of Heathrow was stronger than that for Gatwick, with the west London airport serving more important long haul destinations.

He was making his first public comments since the government finally endorsed his report last week by backing plans for a third runway at Heathrow.

A residents’ group in Teddington, south-west London, issued a legal warning to the Department for Transport last week alleging bias by Sir Howard.

It stemmed from his role with GIC Private Ltd, one of Heathrow’s shareholders, which he resigned from when he joined the commission.

Sir Howard said that the Teddington Action Group had repeatedly “tried and failed to prove bias”.

Meanwhile, the newspaper revealed that figures from the Valuation Office Agency show that the government cut the rateable value of Heathrow from £247.5 million to £215 million at a five-yearly revaluation announced last month.

On that basis Heathrow, which remains the highest ratepayer in England and Wales, will pay lower annual rates bills from next April, amounting to £50 million over five years.

The calculation covers all properties on the site occupied by the airport, including runways, car parks and shared space in terminals.

The rateable value of Gatwick, the second-highest ratepayer, increased from £56.6 million to £60.4 million, leading to a rise in rates.

The cut will reduce Heathrow’s property tax bill from £128 million this year to an average £118 million annually over the next five years, according to CVS, the business rent and rates specialist.

CVS chief executive Mark Rigby said: “It does raise serious questions.” He added that the average increase across the 32 London boroughs was 24%.

Heathrow said that the reduction was the result of a government decision to decrease the so-called decapitalisation rate, which calculates the annual payment on the basis of a property’s value, from 5% to 4.5%.

The revaluation of business properties usually takes place every five years, but was delayed by two years as a result of the economic downturn.