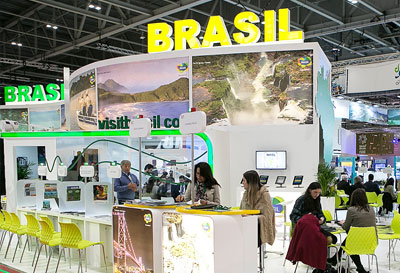 Scare stories about the Zika virus was “bullying” against Brazil in the lead up to the Olympics, a minister from the country has said.

President of Embratur Vinicius Lummertz pointed out that there was no cases in the south American country during the event this summer but said the country is still suffering the fallout.

“The disease was eliminated from Brazil in the 1950s,” he told Travel Weekly. “It went out of Brazil then came back in 60 countries.

“We have a sensationalist press in the world that lives on the thrill of emotions. It [the Zika stories] made investment very difficult. Of course we have lost some of the lustre that we could have had if we didn’t have this kind of attitude.”

Lummertz was promoting Brazil as a sustainable tourism destination to World Travel Market, saying that the country needs to capitalise on the 541,000 tourists who came to Rio for the Olympics and maintain its exposure as a destination.

He looked to cruise lines, and said he wanted to build on the seven cruise ships based in Brazil.

The World Economic Forum judged Brazil as the number one of 141 countries in “natural resources” this year. Lummertz said its 300 national parks register just six million visitors a year, compared to the US, which he said attracts 300 million people to its national parks.

“Our tourism industry is still maturing,” he added. “We have the largest potential for tourism in the world.”

He said nine million jobs depended on tourism, which makes up 3.7% of Brazil’s GDP directly and 9% indirectly.