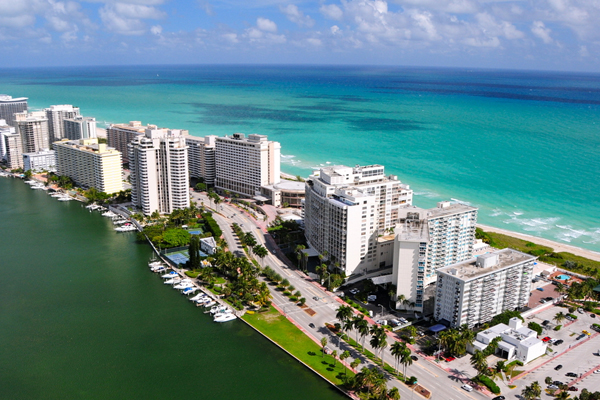 Aer Lingus is expanding its transatlantic network with a new Dublin-Miami service next summer.

Flight will run three times a week with single fares from the UK to Miami via Dublin starting at £279.

The Irish carrier will raise its Los Angeles frequency to a daily service for summer 2017, Dublin-Orlando will increase to four times a week, and Chicago will go to a double daily service in the same period.

The growth plan underpins Aer Lingus’ strategy of expanding its Dublin airport base into a major European transatlantic gateway.

UK passengers from 18 airports heading to the US can pre-clear US customs and immigration in Dublin.

Aer Lingus is also including two new European destinations to its summer schedule – Porto in Portugal and Split in Croatia – and extending a winter route from Dublin to Fuerteventura into the 2017 summer schedule.

Chief executive Stephen Kavanagh said: “We are delighted to announce the further expansion of our transatlantic network with the addition of Dublin to Miami and increased frequency to Los Angeles, Orlando and Chicago improving connectivity to North America.

“New routes from Dublin to Porto and Split will continue to the offer the choice, service and value that delivered our Skytrax 4-Star accreditation and we look forward to welcoming guests on board these new services in 2017.”