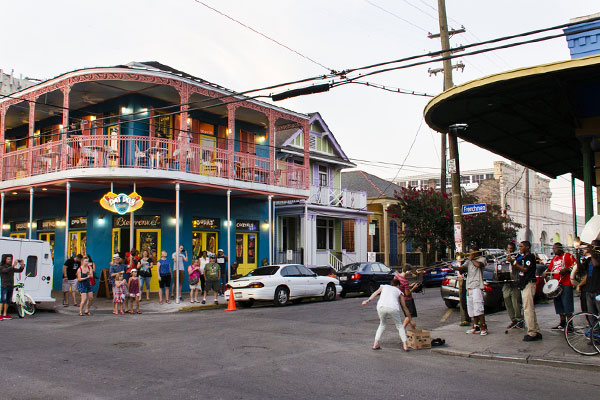 A shooting in the historic French Quarter of New Orleans in the early hours of Sunday morning left one man dead and nine other people injured.

This came despite the Bourbon Street area, which is full of bars and popular with tourists, having an increased police presence at the time due to an annual college football game taking place on Saturday.

The tourist area was more crowded than usual when the shooting happened because the Bayou Classic college game had ended some six hours earlier in the nearby Superdome.

The incident comes as British Airways runs a promotional campaign to support the start of direct flights between London and New Orleans from March 27, 2017.

Authorities are searching for the two men, who are believed to be from outside the city. Two women and eight men between the ages of 20 and 37 were shot, the chief said.

Five have been released from hospitals and the four who remain hospitalised are expected to make a full recovery, Harrison said.

“We don’t believe any of those shot were the intended targets,” he added.

“Until the middle of last night it was a glorious vacation and wonderful holiday by all measures,” he said. “This is not the New Orleans way.”

This was the second mass shooting on Bourbon Street in less than three years.

A young nursing student died and nine others were seriously injured in June 2014 after being caught up in a gunfight, around five blocks away from the latest incident.