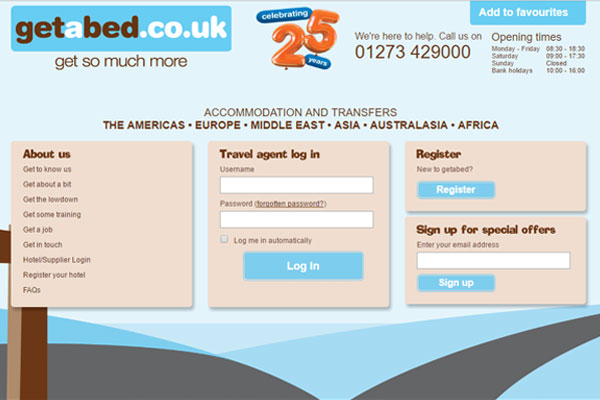 Getabed has appointed Paul Hewer as commercial director for Europe, the Middle East and Africa as it moves to expand into European markets.

Hewer will join in March from rival bed bank Sunhotels, where he is regional sales director for Europe. He also has more than ten years of experience at global travel distributor GTA as head of sales and earlier as contracts manager.

His new role will give him responsibility for forging new Getabed partnerships in mainland Europe, the Middle East and Africa while strengthening existing links with UK agents and overseeing new contracts with hoteliers.

Hewer said: “Getabed is a business that’s done very well and is very well thought of in the UK and Ireland. I’ll be looking to give Getabed more global exposure and increasing the direct hotel stock so our agents have more to sell.”

The appointment mirrors Getabed’s growth strategy over the next three to four years, which is to consolidate in the UK – where it has been in the market for 26 years – as well as expand into newer EMEA markets.

Managing director Matt Stuart said: “Paul brings with him a wealth of experience. He will be part of the senior leadership team, which we are investing in as we continue the growth and success we’ve had in the last couple of years.”

Getabed, which moved its headquarters to Dubai in 2013, now has 38 staff on its books after bringing in four new members to its management team. The growing bed bank has looked to fill a gap in the market left following the collapse of Lowcost Travel Group last year.

Hewer’s appointment follows last week’s announcement that Angela Muir joined as head of sales for UK and Ireland from Travel Cube. She is likely to be on the road in the UK meeting agents up and down the country.

In November, Amanda Peers joined as head of operations and a month later Keith Hurst was hired in the new role of ‘XML optimisation manager’ to improve efficiency and speed in Getabed’s sales channel.

Meanwhile, director Tony Quinn will leave his role at the end of March after five years with Getabed.