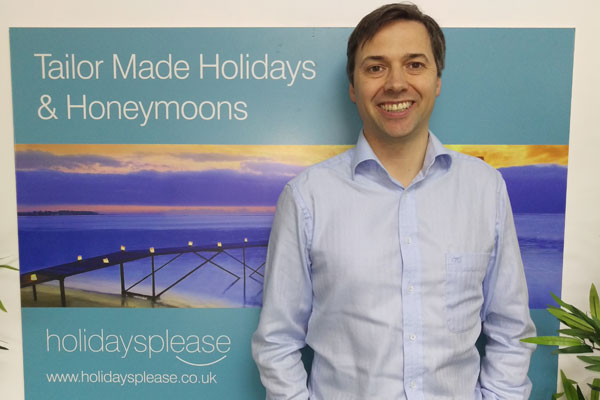 There appear to be some glaring omissions from the government’s ‘safe list’, says holidaysplease.co.uk director Charles Duncombe

Like a number of people, I was up late into the evening after the government announced which countries would be on the “Green” “Amber” and “Red” travel lists.

Armed with a calculator, excel and a large mug of coffee (Irish) I was determined to “reverse engineer” the government’s formula. I wanted to work out the criteria, so I could give my staff some guidance as to which countries might be added to the green list in the near future.

However, as I started to look at the statistics, I began to realise that the government may have missed some countries off the list because their Covid rates were simply too low to Google!

Islands such as Antigua, Bermuda, the Cayman Islands, Grenada and Tahiti are experiencing zero infections (let alone hospitalisations/deaths) on many days. Their Covid infection rates are often in single digits per million people compared to 35 per million for Portugal (which as we all know, did make the green list).

In fact, the Cayman Islands rate is so low it doesn’t even register on the John Hopkins University global Covid tracker. If you dig deeper elsewhere, then you see that they have only had around 500 cases in total since the pandemic began with only two registered Covid deaths.

So, if the UK government is using the John Hopkins data as a source of information, does that mean some countries are not being picked up in its analysis?

Of course, it is not just Covid rates that determine whether a country makes the green list, considerations such as vaccination rates play a part.

But again, take the Cayman Islands as an example. The number of people who have received a first dose is 57% compared to green list occupant Portugal’s rate of 26%.

The only remaining criteria for making the green list are whether there are variants of concern and whether the country in question has sufficient testing facilities to pick them up.

In response to that point, there are no real variants of concern in the Caribbean and you can’t tell me the Falklands or South Sandwich Islands have got better testing facilities than islands in the Caribbean?

Based on all the above, it seems clear to me that a number of countries need to be added to the green list straight away, otherwise you have the crazy situation where countries need to have low enough Covid rates to get on the list but not so low that they fall off the bottom of it!

Those I think should be added straight away – based on the available data and the government’s own criteria – are Antigua & Barbuda, Bermuda, Cayman Islands, Morocco, Grenada and Tahiti.

Then in June, when vaccination numbers have risen, I think Barbados, China, Fiji, Gambia, Mauritius, Mexico and Vietnam should be added. European destinations should follow soon thereafter.

With so many livelihoods relying on tourism I hope that the government hasn’t just outsourced research on the smaller population countries to a handful of junior interns in the department of transport.

Thorough research needs to be done and the government needs to publish the exact formula it uses so that a) people can scrutinise the decision and flag any errors; and b) we can make estimates as to when other countries might be added to the green list and plan accordingly.

It’s in everyone’s interests to open up travel safely and encouraging government to provide greater transparency on its criteria should only help in this regard.