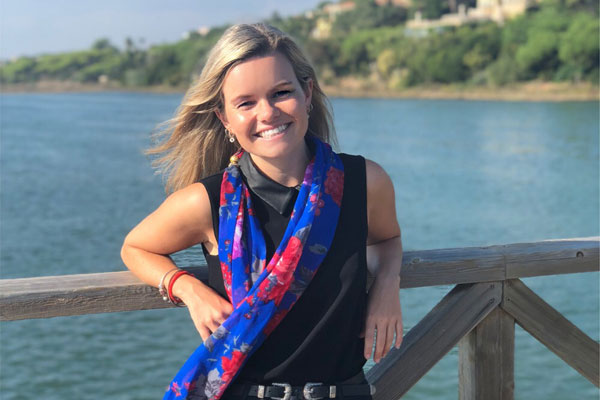 Q. How did you get into travel?
A. I wanted to jump ship from working in politics and Original Travel had a position as a product and marketing consultant, which really appealed to me. I started my own business in August 2018 while helping to run a family member’s luxury villa business in the Algarve. Having worked across a few different sectors in the industry, I thought it was time to set up my own venture where I could really put clients at the forefront and personalise everything I do, from the individual trip to the way I market myself and the brand.

Q. How have you grown your business?
A. By connecting with suppliers, be it through one-to-one meetings, phone calls or trade shows. Aside from the obvious networking and marketing, I spend a lot of time focusing on client experience. For example, before and after-care such as welcome-home packs, tailor-made gifts and remembering significant occasions such as a dog’s birthday. This has led to repeat business but also strong word of mouth.

“I think every travel agent will probably agree with me when I say I’m exhausted, because we’ve been doing so many modifications, new bookings and cancellations.”

Q. What effect has the pandemic had on your business?
A. It’s made doing my job a lot more difficult. I’m a details person anyway, that’s how I market my business, but there are a lot of hurdles to get over to make sure a holiday can happen or that it’s watertight with insurance so that every scenario is covered. The reality is you have to cherry-pick your clients almost, because you no longer have the time or capacity for time-wasters. I think every travel agent will probably agree with me when I say I’m exhausted, because we’ve been doing so many modifications, new bookings and cancellations. We’ve basically been working for free for a year. And now things are getting really busy again, it’s like we never had that break in between.

Q. How are things looking for the rest of the year?
A. Bookings and enquiries have picked up quite a bit since the roadmap announcement. It’s hard to compare year on year and there’s obviously still a lot of uncertainty. I’ve held off trying to get new clients because it’s just so time consuming dealing with existing clients at the moment. So [demand] is coming back, but with caution.

“Some headlines were even saying ‘10 years in jail for going to Portugal’ – they didn’t deserve that. When it’s singled out, people are apprehensive about booking.”

Q. Tell us about the petition you started to get Portugal off the government’s travel red list.
A. I grew up in Portugal and I’ve got loads of family and friends over there. Within 360, I’m known as the Portugal expert. After being in Portugal over Christmas, I saw things from their perspective, and I didn’t understand why it was the only European country on the list. I was carefully monitoring the situation and it got to the point where I thought, ‘I need to do something about this’. I noticed a lot of travel companies and media outlets being very cautious about publicising the destination. Some headlines were even saying ‘10 years in jail for going to Portugal’ – they didn’t deserve that. When it’s singled out, people are apprehensive about booking. It dented confidence and gave the country a bad name, so I wanted to give them some positive PR. The petition gathered more than 25,000 signatures, and now Portugal’s been removed from the red list.

“The success of the petition was a bit surreal to be honest. It all happened so quickly and there was me thinking I wouldn’t even get 10,000 signatures.”

Q. How did you feel when Portugal was taken off the list?
A. I was absolutely thrilled. I was so happy because the campaign shone some light on Portugal and got a lot more people involved, like small Portuguese restaurants and hotels that wouldn’t think they have a voice. Portugal has really suffered with the lack of tourism so it’s positive to think they’ll be able to make some of that back. The success of the petition was a bit surreal to be honest. It all happened so quickly and there was me thinking I wouldn’t even get 10,000 signatures. The Portuguese are so patriotic; I’ve had so many messages saying ‘thank you for fighting for us!’ I didn’t quite realise how much coming off the UK’s red list would mean to them, but it means the world. 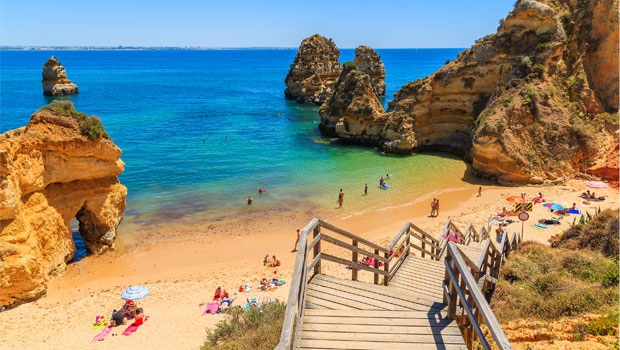 Portugal has got one of the lowest R rates in Europe. They’re still in lockdown and they won’t be celebrating Easter. As a primarily Catholic country, that’s a huge deal for them – and it’s all about safeguarding their summer tourism, which they so badly need. Even though it’s come off the red list, the damage to Portugal’s reputation has been done and we need to clear its name.

“Portugal isn’t just a fly-and flop destination with the Algarve. There are so many beautiful boutique hotels, lots of different areas and it’s a big country.”

The main draw of somewhere like Portugal, other than the fact that the hotels are taking [the pandemic] so seriously, is there’s a lot of outdoor space. I was impressed that even though the streets were not busy, people had masks on. Portugal isn’t just a fly-and flop destination with the Algarve. There are so many beautiful boutique hotels, lots of different areas and it’s a big country – even cities such as Lisbon have some of the most beautiful beaches in the world. It would be the perfect country to go to post-Covid.