It was  who sort of brought it all to light for us,” says Cat Reeves, brand and business growth executive at Holidaysplease.

Referring to the former Olympic champion’s appearance as guest speaker at the company’s annual conference in 2019, Reeves says: “Kelly spoke really openly about her mental health struggles over the years, and that kick-started all this for us, because what she had to say really resonated.

“It came to light that a couple of our company’s managers had been having struggles too. People began talking at the conference quite openly and started this culture of supporting people’s mental health.”

Reeves rejoined the OTA and homeworking specialist this year after a five-year gap and says she noticed how Holidaysplease had stepped up its mental health focus in that time, particularly during the pandemic.

The company has signed up to the Everymind at Work app, which it encourages employees to use for mental health advice and support. The app features real-life stories, physical and mental exercises, and advice for those struggling with mental health or financial problems. It contains contacts for Holidaysplease mental health ambassadors and further support. It’s all personalised to the company, and confidential.

“It’s not just about ‘I’m really struggling, I need help, so I’ll go to the app’,” says Reeves. “It’s also about promoting positive mental health every day, no matter what you’re feeling. It’s there to keep you going and keep you positive.”

Holidaysplease has around 100 homeworking agents, and 45 employees based at its Birmingham head office.

Reflecting on the start of the pandemic, Reeves says: “Some of the office workers felt a little bit isolated and lonely [working from home].”

While the office staff were adjusting to working from home, agents were already set up for this. But Andy Edmond, a homeworker based in Warwickshire, says that although this way of working was familiar, lockdown was far from easy.

“When you’re working at home and then you can’t go out, that’s a completely different story,” he says. “That has been a big challenge and definitely affected my mental health.”

Homeworkers have had to deal with a plethora of challenges over the past year and a half, not least because of ever-changing travel advice.

“That’s a huge pressure because, obviously, you want to make sure you’re giving the customers the exact advice, so you’ve got to be on the ball,” Edmond explains.

Edmond has worked at Holidaysplease for close to three years but been in the industry for 25.

Despite that experience, he admits that knowing which destinations to promote, in the light of rapidly changing travel rules, has been difficult and has made him feel “very anxious”.

“The challenge is knowing what to advertise,” he adds. “Are we supposed to be marketing something for this year? Are people going to buy it? Or do we market for next year?”

Another big concern has been income. Holidaysplease agents work on a commission-based model, and when travel came to a halt so did their pay cheques. The company set up a £100,000 support fund for its homeworkers in financial difficulties at the start of the pandemic.

“That did really help because it made everyone feel a lot more secure,” says Edmond, pointing to the fact self-employed agents haven’t been entitled to government financial support.

“We’ve continued to go on and on, working probably more hours than before, and with no money to show for it,” he explains. “It has definitely taken its toll.” 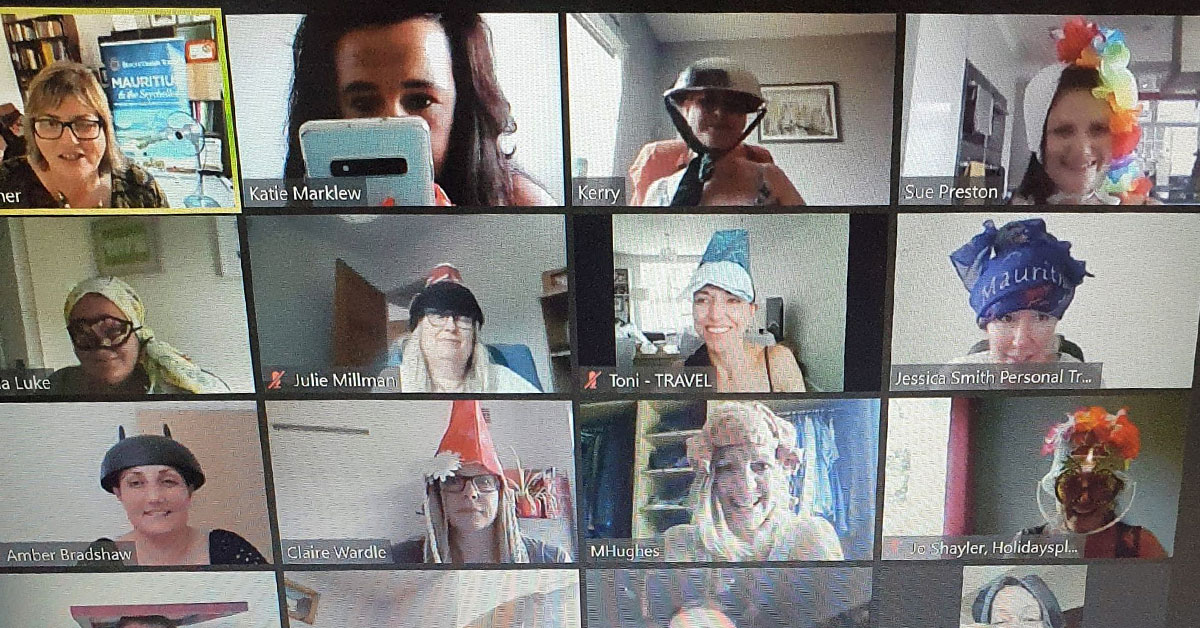 Edmond says he had to stop a couple of weeks ago. “I got to the point where I needed a break,” he explains.

Hailing the support he received from Holidaysplease, he says: “I can ring them and just say I need a break and that’s absolutely fine. They appreciate that, and their words would be ‘you’ve got to get some down time then – come back when you’re ready’.”

When Edmond joined the company, almost three years ago, he opened up to his colleagues about his generalised anxiety disorder, and says he felt very able to speak about it to them.

“When I started, I didn’t want to mention it at all, then a couple of months after, I just started chatting. Instantly, the moment I chatted about it, they were completely open and honest. They wanted to know more,” he says.

The company’s sales managers have also offered support and are in regular contact with homeworkers.

“The majority of the time, especially during the pandemic, it isn’t them ringing us to try and boost sales but just to check we’re OK,” says Edmond.

Head office staff are planning to return to the office in September, with a flexible working policy tailored to individuals who want a mixture of working from home and the office.

And Reeves says mental health and wellbeing must not slip from the agenda. “It’s going to be very easy once we get back into the swing of things to let it fall by the wayside and think people only needed support throughout the pandemic, but that’s not true,” she emphasises.

“It’s an ongoing thing, which we’re hearing more and more of.

“So hopefully, people will continue to recognise that and continue to think of new initiatives.”

If you, or someone you know, has been affected by a mental health issue and are seeking help or advice, contact Samaritans free of charge on 116 123

Each month, Travel Weekly features an individual who has gone above and beyond to keep morale up among colleagues and business partners. This week, our Ray of Sunshine is Michelle Hughes, sales team leader at Holidaysplease

Keeping the team motivated has been a challenge. I’m very, very lucky – my mental health is great; I’m in a really good place. But we all have to have the belief that we are going to come out of this, because it is tough.

Every day on the screen, when we log in, there’s a motivational phrase. I’ve been mixing these up with jokes based on conversations I’ve had, or funny sayings. It could just be something silly, but some days it’ll be about mindfulness and others it might be about best practice.

We make sure every single person is phoned at least once a week to make sure they’re OK. Lately, these have been welfare calls rather than checking whether they’re taking enough enquiries or have converted high enough – that’s irrelevant sometimes. The calls are about how are they feeling. If I just say ‘How are you?’, they say ‘Fine’. So instead I ask, ‘How have you been? What’s been happening? What have you been up to?’ I have been encouraging them to do something every day.

A lot of people suffer with anxiety. I think it’s the lack of control; understanding and recognising they can’t do anything. I always try to get them to tell me something positive that’s happened in lockdown.

The key thing is taking time to recognise they haven’t failed. So many [homeworkers] are just struggling – with the uncertainty, the misinformation and with not understanding everything – and that’s where we as a team come in.

It could mean going through their workload with them or getting them to write a list. I try to understand their concerns. We have around half the team who really suffer with their mental health and it’s a real eye-opener to me. It’s important to recognise their limits – accepting what they can do and getting them to understand that that’s OK.”

If you would like to contribute to Travel Weekly’s Mental Health Matters series, or to nominate someone who has been a Ray of Sunshine, email: natalie.marsh@travelweekly.co.uk

Travel bosses ‘must take time for own mental health’