On June 23, we hosted an event alongside the Israeli Ministry of Tourism. We had arranged for the Israel Government Tourist Board to travel to Northern Ireland for one day to deliver the event alongside our Faith & Culture Tours brand.

Well-known biblical archaeologist Dr Garth Gilmour was due to attend and give our group leaders a fantastic insight into some of the most significant recent findings in Israel pertaining to biblical history.

We had a great build-up to the event and more than 400 invitations were sent to church leaders of all denominations across the island. We had an RSVP policy because we find this always makes things much easier for catering purposes.

As the big day approached, everything was against us. We were short-staffed, we hadn’t had as many replies as we’d hoped for and Dr Gilmour got Covid the day before the event, meaning he couldn’t attend in person. By the day before, we were down to just 15 attendees due to church leaders having other commitments and a growing number of Covid cases.

Stick to the plan

My main thought was to cancel, but we decided not to as we really didn’t want to disappoint those who had committed to attend. As Dr Gilmour couldn’t physically attend, he agreed he would connect with us from his home in Denmark via Zoom. We were good to go.

A trickle of people started to arrive, including some who turned up on the day, and we ended up with 20 attendees. It didn’t look great, but despite the low turnout it was one of the best events we have ever hosted.

From a small group of  interested people, we had huge success from a business point of view and made connections that will spread far beyond the attendees

Everyone was engrossed in the lecture and the enthusiasm for our tours was fantastic. Over the past six months, I have been trying to get a new concept across in relation to a new focus on touring in Israel, and the response was fantastic.

I hadn’t met most of the attendees before, so made loads of new contacts on the day.

The point I am trying to make is that from just a small group of really interested people, we had huge success from a business point of view and made connections that will spread far beyond the attendees.

I’d highly recommend that other agents put on similar events.

What I would say, though, is that it’s disappointing when people RSVP but don’t then attend. The experience made me feel for operators and airlines that regularly host events. The last couple of years have been tough and it is hard organising something that lots of people want to attend but aren’t able to for various reasons.

There is nothing worse than confirming your attendance, especially if there is a meal, which can be costly to provide, and not turning up. And this is not just a Covid issue – I’ve seen it throughout my 30 years in the industry.

I hate it when people do this as it shows a lack of respect. Unless there is a real emergency, someone representing your company should be there if you’ve agreed to go.

If not, do the decent thing and give an apology, as everyone understands we can’t do everything all of the time, especially in these busy times. 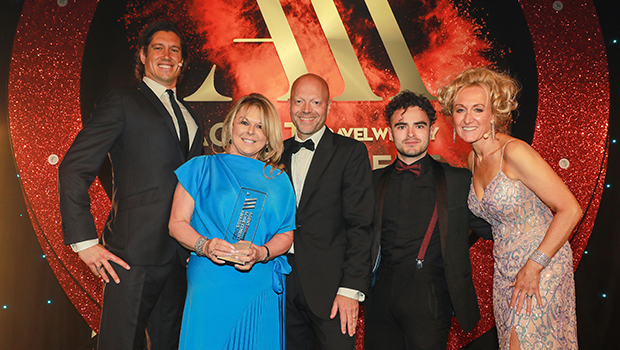 Hats off to all the AAA winners

I was very sad to miss out on the Agent Achievement Awards last week, especially as I was nominated in the regional category for Northern Ireland. I was on holiday with my partner, which is why I sadly couldn’t attend, but it looks like everyone had a great night if the pictures on social media are anything to go by!

Events like this are so important for the industry, especially after everything we’ve been through. I would like to say a massive congratulations to all the winners, and in particular to fellow Northern Irish agency Oasis Travel. Hopefully we will be there with a chance of winning in 2023.