Put yourself in your customers’ shoes, do all you can to help and be patient with suppliers, says Hays Travel Gateshead branch manager Colin Burns

Is it just me or does it feel like we’re working in some kind of weird karaoke bar right now?

One day last week, we had four of our team all on hold at the same time to different suppliers as they tried to get various customer queries answered, and each line had different music playing. We had the lovely Jess Glynne on line one, the Harry Potter theme tune on two, Katrina and the Waves on three and the Tui one that nobody had heard before but still knew all the words to on four.

We had four of our team all on hold at the same time to different suppliers as they tried to get various customer queries answered, and each line had different music playing

That in itself was bad enough, but then the girls started singing along to each of their tunes just to add to the noise! Imagine if they’d all been on hold to the same music: it would have been like some kind of twisted four-piece harmony, the type that would get four red crosses on Britain’s Got Talent. Never before has the phrase “don’t give up your day job” been more fitting.

Wait times to speak to some suppliers right now are off the scale, so much so that we are using the number of times the hold music we’re listening to plays on a loop, instead of hours and minutes, to tell the time, and these delays are causing real issues for customers. They expect answers at once, but when we tell them it may be several hours before we have an answer, they see it as poor service from us.

It’s great to see that suppliers are working on making things easier for us by increasing the functionality of their online systems but, sure as eggs is eggs, each time we express that we’re impressed with the new systems, the next customer query is for something you have to call about.

Customers expect answers at once, but when we tell them it may be several hours before we have an answer, they see it as poor service from us

One policy we are really struggling with is having to deal with customers depending on the order in which they are travelling. While we all know and understand why such a policy is used in travel, many customers do not. They may not be travelling until 2023 but they still want their queries sorted now.

That said, we as retailers can help our supplier partners, not to mention ourselves, by trying to prioritise our queries. For example, if a customer books for 2023 and needs airport assistance, do we have to make that call now or could we put it in the diary to add to the booking later? Clearly, not all such issues will be able to wait, but every little helps!

Having spoken with friends and colleagues in the industry, it seems recruitment is still a concern, and this will not be helping with queue times. This, however, is not an ‘excuse’ that customers want to hear. I too recently queued for more than four hours trying to sort out my energy bills and I didn’t feel any better after the assistant apologised for my wait due to staff shortages. Then again, I felt even worse when she confirmed my new tariff!

Having spoken with friends and colleagues in the industry, it seems recruitment is still a concern, and this will not be helping with queue times

The key is to try to put yourself in your customers’ shoes, do all you can to help and be patient with suppliers. It may well be that they are struggling to get through to third parties who, you’ve guessed it, are short-staffed too. I feel we, the industry, are one team and if ever there was a time to stick together, it is now. 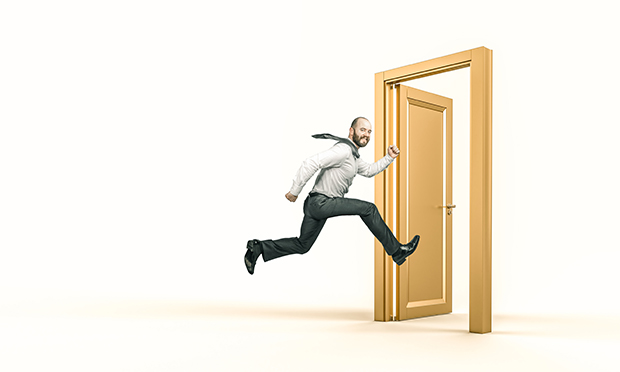 Meet the client who bolted

As I have mentioned, some customers are being very demanding at the minute when it comes to queries about their holidays, but we had one chap recently who really took the biscuit. He asked Abbie to name some destinations he could go to. After establishing that he was fully vaccinated, she happily advised him that he would have a good choice of places to pick from. But as Abbie set about getting more details from him, he abruptly declared: “No, I think you are telling me lies and I don’t trust you!” And with that he was out of the door before any of us could pick our jaws up off the floor. There are some funny folk out there.