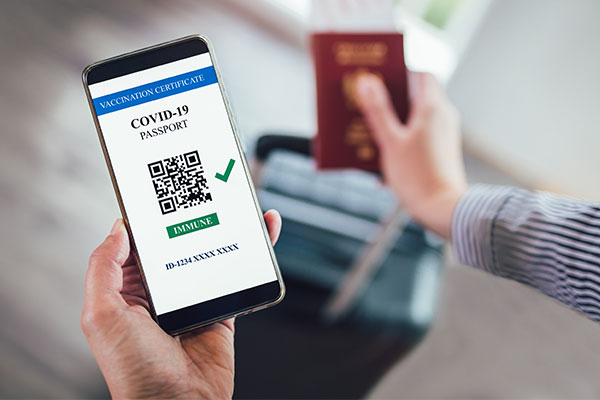 Digital vaccination certificates are among the ‘work streams’ the Global Travel Taskforce is pursuing to restart the industry.

However, NHS proof of vaccination is paper only and industry leaders appear split on the value of vaccine certificates.

An industry source working alongside the taskforce told Travel Weekly: “The challenge is with digital vaccination certificates and meeting personal data-security requirements.”

Abta chief executive Mark Tanzer hailed vaccination certificates as “part of the solution”. Speaking on a Travel Weekly webcast, he said: “The government has moved a long way in accepting that evidence of vaccination is going to be important.”

But easyJet chief executive Johan Lundgren described certificates as “discriminatory by nature”, saying: “You have a vaccination or you don’t.”

Speaking on a separate webcast, he argued: “If a certificate is needed to get travel going and can be done within the General Data Protection Regulation, of course we would be supportive.”

Yet Lundgren said: “The World Health Organization came out with concerns about this because it’s not clear that if you’ve been vaccinated you can’t still spread the virus.

“People say, ‘We have proof of yellow fever.’ But we’re talking about millions and millions of people, making this much more complicated, much more costly, a possible intrusion into privacy and GDPR issues. Why add something that is medically questionable, has privacy issues, is discriminatory and adds complexity?”

Asked if he expects to see international standards for certificates, Lundgren said: “Maybe, but if there is one thing we’ve seen in this pandemic, it’s that there has been very little coordination.”

Tanzer acknowledged: “There needs to be medical work to show vaccination stops or at least reduces transmission. That is critical.”

But he said: “If it’s not mandatory and people say, ‘I’d like to be able to tell people I’ve been vaccinated and travel more freely’, it’s their right. Destinations are thinking in that direction. They will facilitate tourists coming in through a combination of vaccine evidence and testing. I don’t think vaccination is the only thing that will allow travel, but it is part of the way of easing restrictions.”

A YouGov survey of almost 6,000 UK adults in late February found 54% in favour of ‘health passports’.

However, Iata pointed out: “Countries need to provide digital vaccination certificates. The majority are providing paper certificates. We need a plan to retrospectively apply them.”