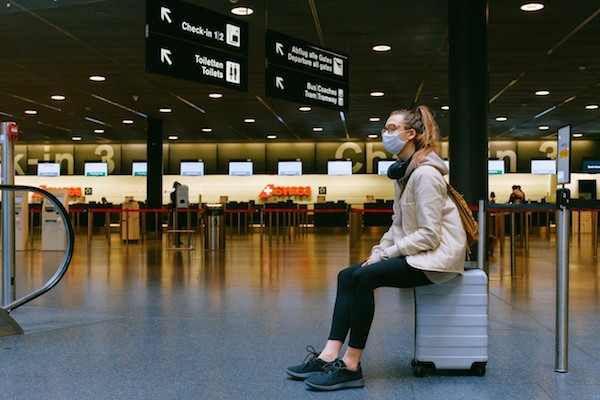 The study by researchers at the University of Aberdeen compared death rates across 37 countries most severely hit by Covid-19 during the first wave and examined a range of factors including population density, urban density, age, health indicators and co-morbidities, as well as international arrivals.

It also examined healthcare indicators such as hospital beds per 10,000 people, socioeconomic and environmental factors, a country’s level of response to Covid-19 and its testing capacity.

Once adjustments were made for these factors, the biggest increase in death rates was associated with international arrivals.

If confirmed, the findings would bolster the demands of scientists and politicians calling for tougher quarantine rules for travellers and a cautious restart of international traffic.

The study used international travel data from 2018 as a proxy for 2020 data before travel restrictions were imposed.

After adjusting for other factors, the research suggested a 3.4% rise in average daily Covid-19 deaths per one million international arrivals.

Lead author of the study Tiberiu Pana, a final year medical student, said: “The initial spread of the virus in early 2020 appeared to affect different countries unequally, with the UK and other western European countries especially affected.

“We were interested to understand the country-level factors that influence the spread of the pandemic.

“Our team collected a wide range of publicly available data on country-level demographic, economic, environmental, population, health and health system factors for the countries most affected during the first wave.”

The authors analysed the relationship between these and the mean increase in daily deaths recorded in each country, using data including reported deaths up to June 8 last year.

The study concluded: “International travel was directly associated with the mortality slope and potentially the spread of Covid-19. Very early restrictions on international travel should be considered to control Covid-19 outbreaks and prevent related deaths.”

Tiberiu said: “We found international travel was the strongest predictor of mortality increase.”

“Our assessment indicates early restrictions on international travel might have made a difference in the spread of the pandemic in western Europe, including in the UK.

Professor Phyo Myint, lead author and director of the Aberdeen Clinical Academic Training Scheme, suggested “this is important research” could “inform future policies in preventing the spread of Covid-19”.