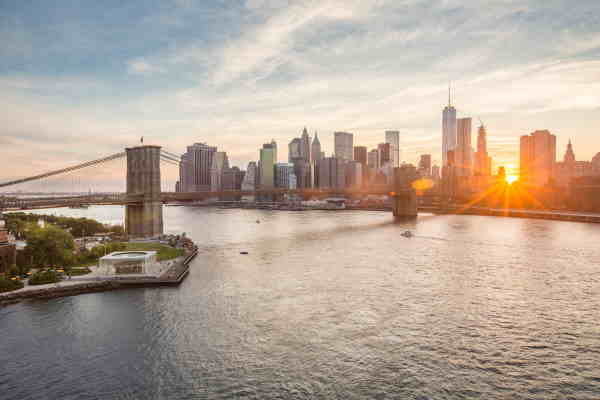 New York is to invest $30 million in a marketing campaign to support the city’s tourism recovery.

The campaign will be unveiled in June and tourism chiefs hope it will contribute to an upturn in visitor numbers, with predicted visitation for 2021 of 36.4 million compared to the record 66.6 million who visited in 2019.

The ‘NYC Reawakens’ plans were unveiled at an event on Wednesday attended by the city’s mayor Bill de Blasio and Fred Dixon, chief executive of marketing organisation NYC & Company.

Dixon said: “As the ship turns toward tourism recovery, we’re pleased to present NYC Reawakens as a call to action to encourage visitors and meetings delegates to plan and visit the five boroughs this year and experience the city’s unmatched energy, excitement and dynamism.

“We’re so grateful to be collaborating with Mayor de Blasio to launch this unprecedented marketing campaign later this spring to draw visitors back to the greatest city in the world.”

De Blasio added: “Tourism accounts for hundreds of thousands of jobs in this city and building a recovery for all of us means welcoming tourists back to the greatest travel destination in the world.

“The NYC Reawakens initiative will show travellers everywhere that New York City is not only ready to host them – it’s creating a fairer, better, and more vibrant city than ever before.”

The US currently remains off-limits to UK travellers for non-essential visits, and this week revealed that it was set to expand the number of countries on its ‘Do Not Travel’ list.

However, a number of industry leaders including the bosses of Heathrow and British Airways have called for a UK-US travel corridor to be prioritised when restrictions begin to ease, based on the two countries’ vaccination records.