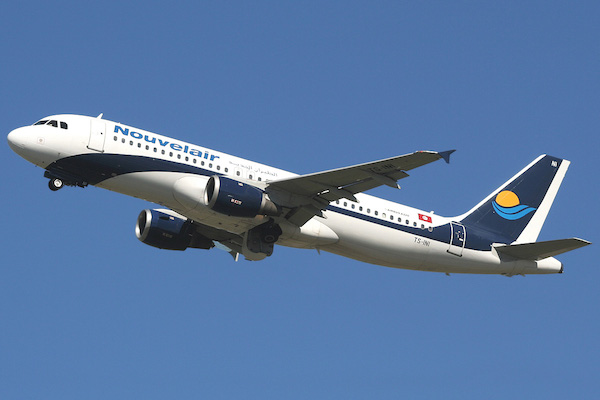 Tunisian carrier Nouvelair is relaunching flights from Gatwick and Manchester to help plug the capacity gap left with the collapse of Thomas Cook Airlines in 2019.

The airline will provide seats this summer to operators and agents in addition to sales to consumers.

The summer schedule from the UK initially involves two flights a week from both airports from July 3.

The carrier, with a fleet of 11 Airbus A320s, plans to operate until the end of October with the potential to extend further.

The flying programme will recommence from May 2022, also with twice weekly services from Gatwick and Manchester.

Nouvelair is majority owned by TTS Group, which owns four hotels in Tunisia, travel agencies and other businesses.

A spokesperson said: “After being unable to commence services during 2020, Nouvelair has decided to re-launch its regular flights from London Gatwick and Manchester in order to help fill the significant loss of capacity to Tunisia which has not returned following the failure of former Thomas Cook Airlines in 2019.”

Sales and marketing director Karim Dahmani added: “Tunisia has been a very popular destination for UK holidaymakers and despite the terrible impact on all our lives caused Covid, we want to make sure we can provide the opportunity for holiday makers to return to Tunisia this summer.”

Carl Denton, heading UK sales for the airline, said: “After eight years of co-operation with charter flights from the UK, we are excited to be able to support Nouvelair in their next chapter, allowing the travel trade greater access to seat capacity to Tunisia.”