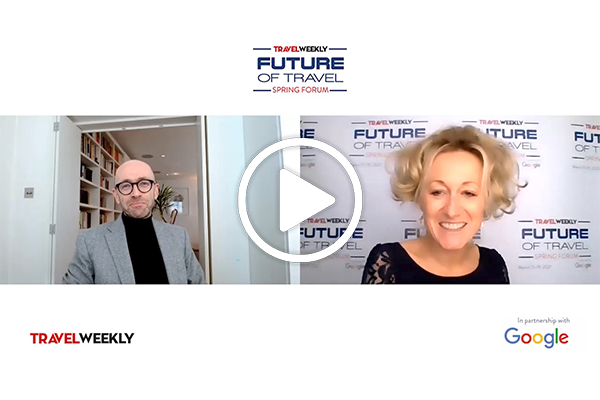 The boss of P&O and Cunard has said he would be “tremendously disappointed if we weren’t sailing internationally and in significant numbers during the course of this year”.

Asked if he thought authorities would give the green light to international cruising from the third quarter of 2021, following the recent announcement that domestic cruising could start from as early as May 17, Carnival UK president Simon Palethorpe said: “100%.”

Speaking at the Travel Weekly Future of Travel Spring Forum, he added: “We’re not looking to get back to international sailing until quite some months from now. So I’m hopeful that things will start to open up quite significantly across many of the countries that we’d want to sail to.

“But we’re not only beholden to the UK authorities to give us the right permissions to sail internationally; that’s got to be reciprocated by all those countries that we want to sail to,” he pointed out.

Palethorpe said his company stayed in contact with the various nations on its intended itineraries.

“Many of them are desperately keen to get cruising back into their ports and fuelling their economies,” he said. “It’s a good engagement we’re having now, and I remain very optimistic.”

Palethorpe added that the cruise industry, working in collaboration with Clia and the UK Chamber of Shipping, had “got to a good place” with the UK government in terms of its understanding of the health and safety protocols lines are asked to put in place.

“Even without vaccines, we felt that we could offer a very safe holiday,” said Palethorpe. “International cruising is going to be less about persuading them that or proving a point with our early [domestic] cruising, and more to do with the more general opening up of international travel.

“We’re currently represented through Clia on the Global Travel Taskforce, which is due to report back on April 12. So we’re really hopeful that, come then, we’ll understand what the criteria will be for us getting back to international sailing.”

Asked if he was confident that the UK government was treating the cruise sector fairly after Carnival UK chairman David Dingle said last year that he felt cruise was being “singled out”, Palethorpe said: “We’re a complex industry. We are a bit hospitality, we’re tourism, we’re transport. We’re all of those different things.

“We touch upon lots of different bits of government, so we’re a tricky entity in a sense for the government to deal with.

“But the really good news is that the UK government has now said that we can sail when domestic tourism and domestic hospitality opens up. And that’s what we’re really excited about.

“In terms of government engagement, we’re really turning our attention now to the Global Travel Taskforce.

“While domestic cruising will be fantastic for a period for a few of our ships, ultimately we’ve got a lot of guests who really look forward to the international travel. And that’s what we’ve got to get back to ultimately.”