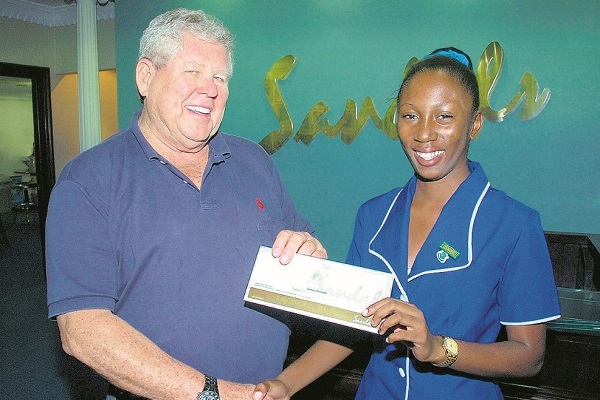 Sandals’ executive chairman Adam Stewart has announced The Gordon ‘Butch’ Stewart Tourism & Hospitality Scholarship, to develop the next generation of Caribbean tourism leaders in memory of his father, the Sandals founder.

The scholarship will be funded through contributions raised by the Sandals Foundation, the brand’s non-profit philanthropic arm aimed at making a difference in the lives of the Caribbean people.

It will be made available to full-time team members, evaluated based on their financial needs, personal attributes, and success in their current role.

Recipients will be eligible to receive funding for up to a four-year college programme in hospitality and tourism with courses in partnership with local colleges and universities.

“My father fiercely believed in the power of possibility; he understood and celebrated the ability of people to rise above their potential and accomplish great things,” said Adam Stewart.

“This scholarship’s core mission is to ensure a strong future for the Caribbean hotel industry by fuelling the talent pipeline with opportunity – a true reflection of my father’s passion for the region and its potential.  That’s why I am delighted to honour his memory and the example he set by empowering our team members to dream big and dream bright.”

He added: “When we launched the Sandals Foundation in 2009, we did so to put a formal face to the philanthropic efforts my father championed since he opened the doors of Sandals Montego Bay in 1981. It’s my honour now to formalise this scholarship in his name, cementing his passion for mentorship and his profound desire to elevate the promise of the Caribbean.”

Stewart said those wishing to pay tribute to his father could also donate to the marine conservation efforts of the Sandals Foundation, which creates and manages coral nurseries and marine sanctuaries, and partners with local community groups for mangrove and turtle conservation and to educate children on marine wildlife.

Heidi Clarke, executive director of the Sandals Foundation, said: “The late chairman was most at home when on the water. He had an unshakeable love for the Caribbean Sea and over the years, greatly contributed to marine conservation throughout the region. His legacy will live on as we continue to strengthen our partnerships and communities to be positive change makers.”