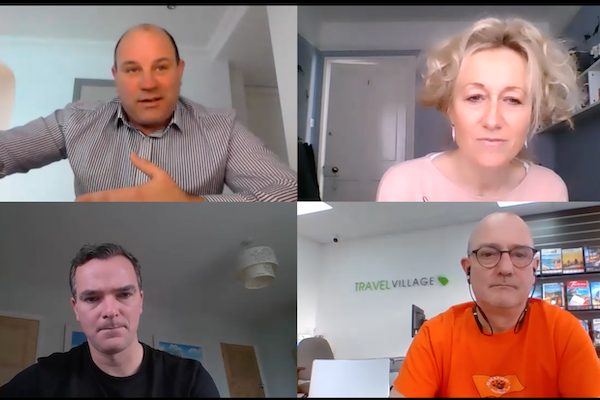 The trade is successfully persuading clients who normally take overseas holidays to book domestic trips, as the market for foreign travel remains nervous.

Talking on a Travel Weekly webcast filmed on Tuesday, Phil Nuttall, owner of the travel agencies Holiday Village and Travel Village, said his business has ramped up its domestic offering as overseas trips and cruises remain uncertain.

“It is a long-term investment for us as a business. This is a game-changer,” he said. “There is no way that we’re going to move away from promoting UK breaks; if anything, that’s going to get stronger.”

He said about 1% of the brands’ business was domestic this time last year – it has now risen to 20%.

“We have targeted all our database to promote UK breaks,” he said. “The alternative is to shut up shop.”

The holidays were unveiled in early July as travel opened up again and more product is being added.

“We’ve now got booking.com, and Vrbo went live about a month ago, we are working on another two integrations just now, which has given us over 160,000 properties,” he said.

“You can create a great product, but then you need to create demand for it.

“We’ve built up a good social audience and email database over the year. It’s interesting when you’re running a predominantly outbound holiday business – showing them a UK product takes time.”

He said the company had seen particular success with its recent ‘Hot Tub Love Machine’ competition ahead of Valentine’s Day.

The prize package included a £500 voucher for a UK hot tub break, courtesy of Sykes Holiday Cottages; a hot tub to use at home; and a Valentine’s Day hamper.

“We had over 20,000 people enter this competition and nearly half of those were new customers,” he said. “We’ve got to be creative. You have got to create awareness.”

“I will personally come on to a Zoomer and let them all know what we’re about,” he said.

He highlighted how Claire Dutton, trade sales manager for the JG Travel Group, is available to support agencies, adding: “We’re going to be investing more in that space when things open up.

“We’re going to get out and about because people need to realise…it’s such a simple transaction, and the conversions are really high. If you have got it in your window, and if you’re marketing your customers, they call up and they are going book it.”

He said that the group sells about 12% of its holidays via the trade and noted a big 250% week-on-week rise in agency sales last week, albeit on small numbers.

“There are pockets, there are some people particularly in the northeast, that sell bundles, thousands,” he said.

“If people want to switch, even if it’s short-term, if you just want to use us to fill this year.”

Nuttall concluded: “We have all got to learn to adapt, to look at things differently. We’ve got to embrace things you wouldn’t normally embrace.

“There will be opportunities without a shadow of a doubt, for the businesses that are switched on, that are good at ducking and diving, forward thinking.

“There are some great opportunities.”