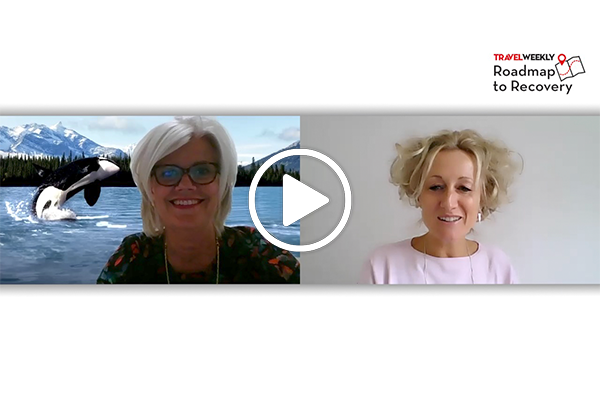 All travel agents have the potential to sell cruises and take advantage of sales opportunities as cruising recovers during 2021 and 2022.

That’s the message from Lynn Narraway, managing director in the UK and Ireland for Holland America Line (HAL).

She said cruise specialists are very important to the line but highlighted how all agents have “potential guests on their databases who should cruise”.

Speaking on a Travel Weekly webcast, she commented: “There is still a lot of opportunity for all travel advisors to sell cruise.

“It’s such a terrific holiday choice with everything that’s included. The opportunity is there for both the cruise specialists…but also all other travel advisors as well.”

She pointed to the importance of training offered by HAL and Clia, the cruise trade body, and how agents can market cruises to different types of clients.

Sales for 2022 and early 2023 are “really strong” and guests are booking longer cruises than before, she added.

“This is a real opportunity for travel advisors to recognise that with their clients and get them to book a cruise next year.”

She said the two biggest destinations for next year are Alaska and Europe, while sales to South America have “plateaued” – although bookings for Hawaii are better than ever.

Narraway is celebrating 30 years with HAL – which is looking forward to marking its 150th anniversary in 2022.

HAL will launch Rotterdam this summer, and next year the new ship will recreate the line’s historic 1872 inaugural sailing from the Netherlands to New York.

She said the heritage of Holland America Line and its focus on destinations, such as Alaska, remains important but the company has evolved to offer other attractions, such as its cuisine and contemporary art works.

Also new is a free flights offer from selected UK airports in 2022 and a ‘Have It All’ promotion offering the inclusion of amenities – drinks, speciality dining, Wi-Fi and a shore excursion.

Guest chefs will appear onboard, such as the Hairy Bikers on a Rotterdam cruise in the fjords next spring.

Narraway said the cruise line has a “huge legacy” in Alaska, which it has visited for more than 70 years. HAL owns hotels and motorcoaches, and offers trips such as double-decker train journeys and add-ons to Canada and the Rockies.

She said it has been “heart-breaking” not being in Alaska last summer and having to pause Vancouver sailings this summer, although Seattle sailings may be able to depart.

Her first role in cruise – after experience at a travel agency, airline and tour operator – was as a product manager for Alaska.

Over her 30 years with Holland America she has visited destinations as far afield as Alaska and the Amazon, Seattle, Singapore and across Europe from Dover to Dubrovnik.

She recalled flying on Concorde; meeting Judith Chalmers, the presenter of TV show Wish You Were Here?; an inaugural in Venice with Queen Beatrix of the Netherlands; and taking her two daughters onboard.

As well as overseeing her team at Holland America, Narraway has worked closely with Clia and is involved in charity work and mentoring young people.

“It is a very unique industry and I’m very, very lucky that I’ve been a part of it,” she said.

“As an industry, we’re very resilient. I do believe people will always want to travel. British consumers – travel is in their DNA.

“We just waiting for the UK government to lift that international travel ban, and then I’m absolutely sure that we will start travelling again.”