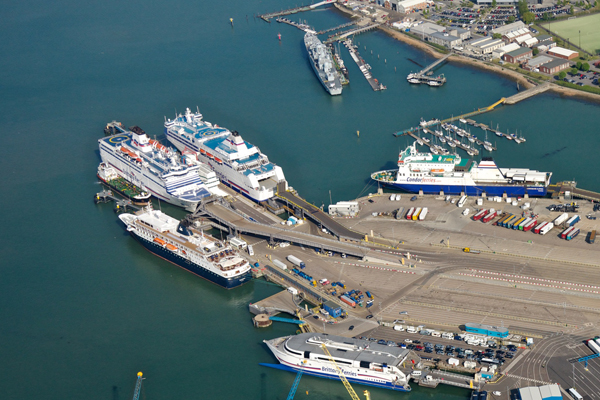 The figure represents a 3% increase on 2015 for the Portsmouth City Council-owned port.

The bulk of port users travel on ferries to France, Spain and the Channel Islands, with Brittany Ferries being the biggest operator.

The ferry company, which has its base in Portsmouth, saw a ten year record for passengers crossing to France in 2016, including a 31% rise in the number of people using a route to Cherbourg.

Passenger records also show a 7.6% increase in the number of people making the crossing to Bilbao with Brittany Ferries, and a 4.3% rise in those sailing to the nearby port of Santander.

However, the port faces the loss of Swan Hellenic and Voyages of Discovery cruise calls this summer following the collapse of former owner All Leisure Group in January.

Portsmouth port director, Mike Sellers, said: “More than two million passengers have voted with their feet, cars and lorries and chosen Portsmouth for their journey to France, Spain or the Channel Islands in the last year.

“It is an impressive milestone and a sign that investment in new facilities and the ease of access to the port are keeping Portsmouth ahead of our competition as the customers’ choice.”

Council leader, Donna Jones, said: “This is great news for our port and for the city. It’s evidence of our excellent transport connections and determination to keep up the port’s position in the market.

“We’ve made substantial recent investments in the port to make sure it remains an attractive option for passengers.”