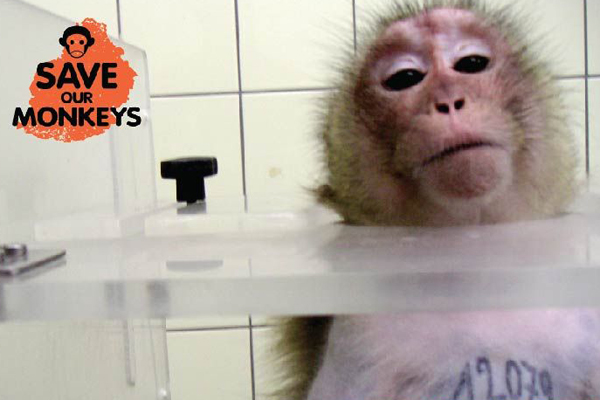 An advert is being placed in national newspapers in Mauritius protesting against the Indian ocean island government’s decision to approve experiments on animals.

The advert, which forms part of the Cruelty Free International Save Our Monkeys campaign, features an image of a distressed monkey in a laboratory trapped in a stock by his neck.

It warns that the recent decision could result in countless animals suffering in similar cruel experiments.

Cruelty Free International is urging Mauritians to sign a petition appealing against the decision.

The animal protection group claims the decision will inflict further suffering on the island’s primate population, which is likely to be the main species used in research.

Mauritius is described as one of the world’s largest suppliers of monkeys for research.

“Our message speaks to the people of Mauritius. Not only are such experiments cruel, but that animals do not have to suffer for science.”

A previous billboard advertising campaign in Mauritius raised awareness about the suffering inflicted on the island’s monkey population.