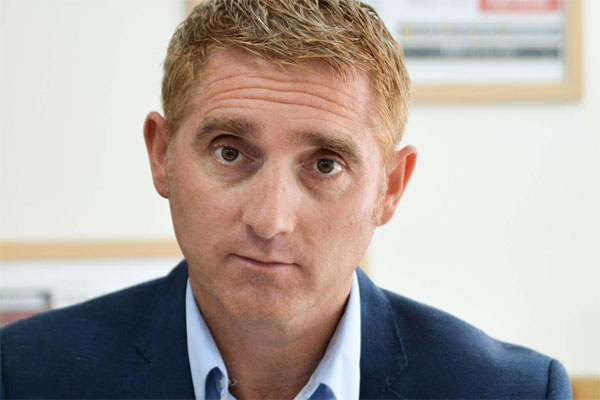 The Supreme Court has ruled against father Jon Platt, who controversially took his daughter on an unauthorised term-time holiday.

A landmark legal battle took hold after Platt was given a fine of £120 when he took his daughter away to Florida for a week – and triggered a national debate about higher travel costs during school holidays.

He refused to pay and the High Court found in his favour that this holiday absence did not constitute regularly missing school.

But the government’s Department for Education, which backed the Isle of Wight council in the hearing as it attempts to crack down on truancy and improve attendance, insists children should not miss lessons in term-time.

The Supreme Court this morning ruled that Platt should not have taken his daughter out of school for a trip to Disney World in Orlando, Florida two years ago. Judges ruled that regular attendance in school had to be in keeping with rules of the school.

The ruling means the case will be returned to the magistrates’ court on the Isle of Wight, which initially said Mr Platt had no case to answer because his daughter had attended school regularly.

Outside court this morning, Platt said that he has “absolutely no intention” of pleading guilty when the case returns to the magistrates court in the Isle of Wight.

He added: “To attend school no longer means to attend very frequently – it now means to attend at all times on all days that the school requires it. Every unauthorised absence, including being a minute late to school, is now a criminal offence.

“This issue is no longer, if ever was, about term time holidays, it is about the state taking away parents ability to make decisions about what is best for their children.”

At the latest hearing, Supreme Court judges considered several meanings of the word ‘regular’ in terms of attendance, but ruled that in this context it meant in line with the rules, which requires attendance as set out by schools and local authorities.

It rejected an argument that the intention of the term ‘regular’ was to mean sufficiently frequently, adding that this would be too unclear for students and parents.

The court said headteachers continued to have the authority to authorise absences, which are typically for sickness or religious observance – and in some cases a failure by the school to provide transport.

Platt was originally fined £60 which was increased to £120 when he did not pay. He then faced prosecution for failing to ensure his daughter’s regular attendance at school.

But he says a week’s absence in term-time should not be seen in isolation – and that when it was considered in the context of his daughter’s overall attendance of over 92%, she could not be said to have regularly missed school.

When the case came before magistrates on the Isle of Wight, they ruled that there was no case to answer, as Platt’s daughter had attended school regularly.

At appeal, the High Court accepted that magistrates had been entitled to consider school attendance outside of the week of the term-time absence.

During the January hearing at the Supreme Court, the council argued that an unauthorised absence “for even a single day, or even half a day” could be unlawful.

But Platt’s representatives argued that it was unacceptable to interpret the rules in a way that would penalise so many parents, the BBC reported.

The ruling comes as a study reveals rising numbers of parents being prosecuted after their children missed school.

A Press Association survey found there were almost 20,000 prosecutions in 2015, up more than 20% on the previous year, leading to more than 11,000 fines and jail sentences in eight cases.

The PA research into truancy prosecutions in England in 2015 found:

“Today’s decision in the Supreme Court may well widen the price divide between term-time and school holiday even further.

“Platt inspired widespread support from UK parents who feel penalised on price because they must travel in peak school holiday periods.

“The fines are a burden to both schools and parents and simply reinforce holiday price hikes by forcing families to travel in set periods.

“Rather than address the pricing policies that cause so much strife, the law seems to suggest parents and schools are unable to decide what is best for their own children and pupils.

“It’s easy to compare the term-time travel prices with school holiday prices and see obvious savings, our flight search data shows that savings of over 50% can be achieved.  Last May we saw a surge in searches for Lanzarote, Malaga, Gran Canaria and Florida for spring and autumn term-time travel.” continued Shelton.

“However, parents must ensure they are fully aware of the policies of their local authority and the consequences of term-time before booking a flight.”