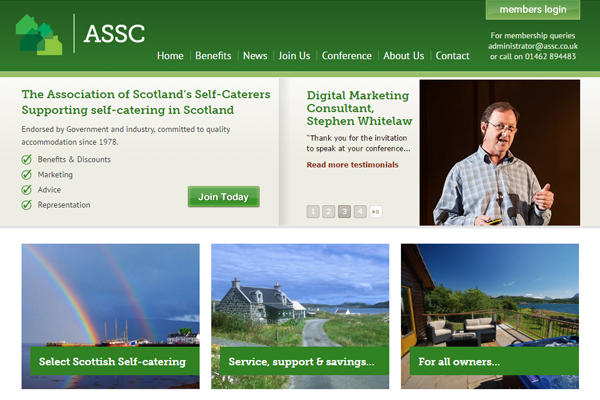 Holidaymakers renting self-catering properties are thought to be worth almost £300 million to the Scottish economy, according to new economic research.

The trade body that represents the sector published research suggesting more than 10,700 jobs were directly supported by self-catering tourism.

A further 4,500 jobs are indirectly supported by the money flowing through the sector, it claimed.

The research covers nearly 17,000 premises classified as self-catering properties by business rate assessors. But that does not include homes for rent through websites such as Airbnb.

The self-catering research was carried out by the Frontline economics consultancy for the Association of Scotland’s Self-Caterers.

It drew on data from 2015 and 2016, including visitor surveys, assessors’ statistics on non-domestic rates, and online surveys of both visitors and property owners.

It concluded that 23% of visitors to Scotland rented a self-catering property for at least part of their visit. Of those, 32% came from England, with the north-west being the largest regional contributor and London the smallest.

Scots renting self-catering properties in Scotland accounted for 30% of the total, while the other 27 EU nations represented only 4%.

Most groups were made up only of adults, with children included in 30% of rentals. The average spend on accommodation was estimated to be £643 per group, totalling £313 million.

They spent, on average, £245 on travel to and from the property. While the total spend was reckoned to be close to £800 million, the value added to the economy in 2016 was put at £293 million.

Of that, £79 million was in the Highlands, including Moray, supporting 4,100 jobs, directly and indirectly. Edinburgh and the Lothians saw almost £50 million of economic benefit over a year, the BBC reported.

Meanwhile, golf tourism research estimated that overseas golf visitors spent an average of £338 per night during a trip to Scotland last year – more than four times the daily spend of the average overseas visitor.

Almost half of golf visitors staying at least one night in Scotland were from overseas, with the average being more than 10 days. North America represents 30% of the total, with 14% from the rest of Europe.

Danny Cusick of Scottish Enterprise, which co-funded the research, said Scottish golf has “tremendous international appeal, so it comes as no surprise that the value of this important tourism sector has grown enormously in recent years.

“But we mustn’t rest on our laurels; we want ambitious Scottish golf tourism companies to capitalise on this upward trend and consider how best they can develop and scale their business to meet the growing domestic and international demand.”