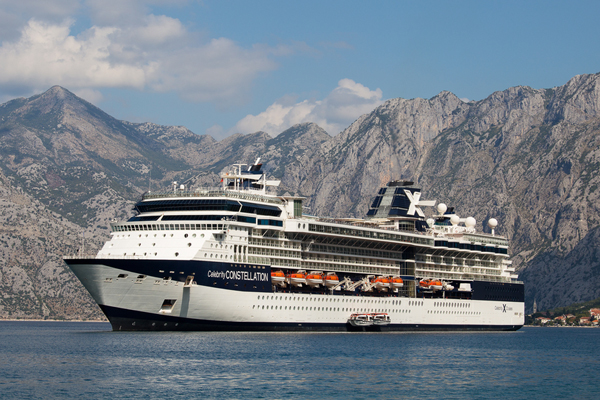 A Celebrity Cruises sailing out of Barcelona was delayed by two days over the bank holiday weekend affecting more than 2,000 guests.

Celebrity Constellation was due to depart Barcelona on Friday May 26 but while travelling from Marseille, after a recent refurbishment, it suffered a technical fault.

The ship was returned to Marseille for repairs and sea trial testing.

In response to the issue a team of 12 Celebrity staff, including UK boss Jo Rzymowska and Kathy Barbrooke, director of trade and guest services, flew to Barcelona to accommodate guests in hotels and provided regular face-to-face updates on the ship’s arrival.

In a statement to agents Rzymowska, UK and Ireland managing director said: “Following a recently completed dry-dock renovation in Marseille, which included a full upgrade to the on board software that manages the ship’s turbine machinery and propulsion systems, Constellation was en route to Barcelona.

“A few hours after departure from Marseille, Constellation experienced an unusual limitation to its top speed, requiring a full assessment of on board systems to ensure normal operation whilst at sea.

“To fully resolve the software issues, it became necessary to perform a new installation, followed by extensive sea trial testing.”

Following repairs to the ship, guests embarked Celebrity Constellation on Sunday May 28 to continue the remainder of the cruise, missing scheduled calls in Monte Carlo and Villefranche.

All guests received a partial refund to the value of two nights plus a goodwill gesture of the same amount and an additional $600 on board credit.

Flights were chartered for guests who had booked Monaco Grand Prix tickets and experiences for the Sunday.

Rzymowska thanked the trade for their support and apologised for any inconvenience caused.

“We appreciate that many of our trade partners also assisted their clients over the weekend.  Huge thanks for your support and we are sorry to cause you additional work.

“I know that some of your guests may have felt disappointed that their Celebrity Constellation cruise began two days later than scheduled.

“We know this is frustrating, and we have done everything we can to both reschedule travel and offer generous compensation.”

Responding to how the incident was handled by Celebrity Cruises Dominic Burke of Travel Centres said: “A superb response to a challenging problem. If only others were as proactive, professional and empathetic. Well done!”

Sandra Corkin from Oasis Travel said: “It was  reassuring that Celebrity Cruises made every effort to look after the needs of our customers whether they had booked fly cruise packages or cruise only.

“As an agent it gives us such confidence in your company. We are all sensible enough to know that these things happen. It is how they are handled that makes the difference. Well done to the whole team!”

Sarah Wikevand from ROL Cruises said: “The feedback from the team on how it was dealt with from your [Celebrity’s] side was excellent. The arrangements made and support shown at such short notice was second to none.

“You have shown that it is all about the customer experience which is clearly the priority here.”