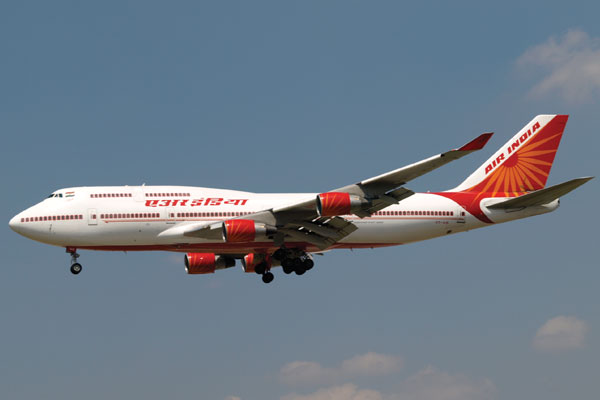 Privatisation of Air India has been given clearance as the debt-ridden airline faces intensifying competition from low-cost rivals.

The Indian government gave “in-principle approval” for the process to start, covering the main airline and its five subsidiaries.

A panel will decide whether to go for 100% stake sale in one go or divest gradually.

The committee will also decide whether India will write off some or all of Air India’s 520 billion rupee ($8 billion) in debts.

Prime minister Narendra Modi’s government has been looking into ways to privatise Air India, which was given a $5.8 billion bailout in 2012 and relies on taxpayer funds to stay afloat.

But privatisation plans have been abandoned before and unions have threatened wide-ranging protests if ministers push ahead this time.

Once the country’s only airline, Air India has lost market share to new entrants and suffered from a reputation for poor service and cancelled flights.

It remains India’s biggest international carrier, flying to 41 destinations, and has just under a fifth of the market.

Air India has 14.6% of the country’s domestic air travel market.

Government officials have told the Financial Times they are looking for about four or five bidders to make the process competitive, with the Tata Group, which set up the company in 1932, top of their wish list.

Tata jointly runs domestic carrier Vistara alongside Singapore Airlines. The two made a joint bid for Air India 16 years ago, only for SIA to withdraw at the last minute.

“We believe these will position Air India and the Indian aviation industry well for the future.”