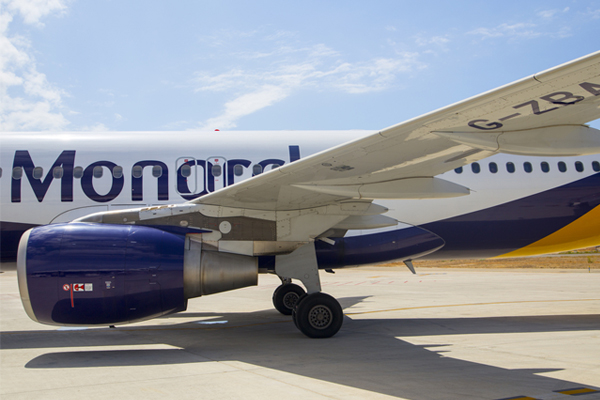 Monarch is again the centre of speculation about its future amid reports that it is in talks to offload its short-haul business to restart more profitable long-haul flying.

Sky News has reported that the scheduled leisure carrier has brought in KPMG to work on options and tipped Jet2.com and easyJet as potential partners or acquirers amid a vicious price war in Europe.

Reports pointed out that the latest speculation about the carrier comes as it is in the process of renewing its Atol licence with the UK regulator the CAA.

However, Travel Weekly understands no repeat of last year’s dramatic delayed renewal is expected this year after the £165 million restructuring secured 12 months ago with owners Greybull Capital.

That saw flight-only taken out of Atol protection so this year’s renewal is for a much smaller proportion of Monarch’s seats representing only around 5% of its revenues.

In a statement a spokesman for Monarch said: “In recent months we have undertaken, and continue to undertake, a comprehensive review of Monarch designed to determine its optimal future shape, size and strategy.

“We are having regular discussions on a number of options with potential strategic partners and we will announce any material developments, if and when they happen.”

Monarch became a fully schedule airline and pulled out of long-haul after the firm was saved from collapse by Greybull in 2014 when it claimed it would be debt-free within three years.

The change of ownership followed two multi-million pound bailouts funded by the original family owners, the Swiss-based Mantegazzas, in 2009 and 2011.

In 2011 the carrier confirmed a long-rumoured cancellation of an order for six of Boeing’s next-generation point-to-point long-haul aircraft, the 787 Dreamliner.

In August Monarch chief executive Andrew Swaffield attributed a £291 million statutory loss in 2015/16 as down to one-off costs of “onerous” aircraft leasing agreement the airline was writing off.

Describing the lease agreements as “the last legacy of the old Monarch”, Swaffield told Travel Weekly: “We’ve pulled all the costs [of leases for the current fleet] into one set of accounts for 2016. Our accountants said ‘you shouldn’t be showing that in your future accounts’. It’s a big number, but it’s not a trading number.”

The airline will take delivery of the first of a new fleet of Boeing 737 Max aircraft next March, having ordered 45 of the aircraft, and will phase out its existing fleet over three years. Swaffield added: “Monarch’s business will be so much more profitable with the new aircraft. There is a £100 million benefit for us on the bottom line.”

Monarch is expected to carry six million customers this year and employs 2,500 people in the UK.

Monarch reports losses of £290m as it reviews business model

Monarch hails the trade as summer sales rise by 50%