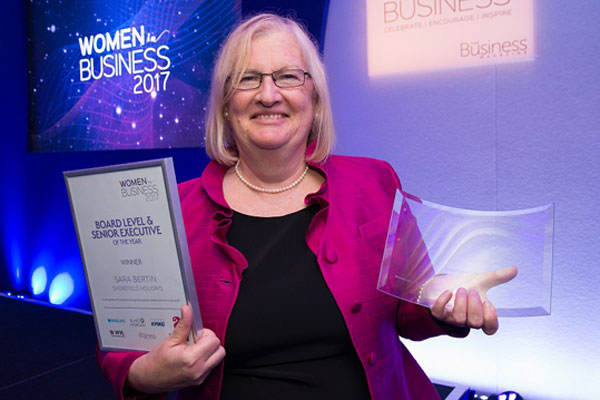 Shorefield Holidays finance director Sara Bertin, has been named board level and senior executive of the year at the Women in Business Awards.

The award recognises women for their personal achievements in business, and for their efforts to mentor and promote other women both inside and outside the organisation.

Bertin has been instrumental in creating a new senior management team and introducing an achievement culture, which has resulted in trebling the company’s profitability over the last three years.

She joined the family-run company specialising in holiday homes and holidays in Hampshire and Dorset in 1980, after qualifying as a chartered accountant with Grant Thornton.

Bertin is the daughter of Dr Robert Pollock, who founded the business with one holiday park in 1958. The company has since grown to operate seven sites.

Chairman and managing director Simon Pollock said: “We are delighted that Sara’s commitment and dedication have been recognised with this award.

“Two thirds of our management team and half of our whole team are women, and learning and development are encouraged at all levels throughout the business.”

Now in its fourth year, The Business Magazine’s 2017 WiB Awards aim to celebrate, encourage and inspire successful and aspiring business women in the south of England.