The USA has amazing cities to explore, but beyond the gateways there is a wealth of opportunities. Ella Buchan looks at combining Las Vegas, Utah and Colorado.

The journey from Las Vegas to Colorado stretches from a dizzying man-made playground to some of the world’s most spectacular scenery. There are national parks studded with natural rock sculptures, dramatic mountain peaks casting shadows on glacial lakes, and vibrant cities with bags of culture and charm.

USAirtours, which offers a fly-drive package on the route, predicts multi-centre holidays to the western USA will be hugely popular in 2018.

National sales manager Diane Court says: “What’s not to love about fine dining in Las Vegas and superb entertainment day and night, combined with outdoor adventure found across national parks and the natural beauty of Colorado and Utah?”

From the dazzling lights of The Strip to the dizzying beauty of the Rocky Mountains, these destinations showcase the USA at its biggest and best. 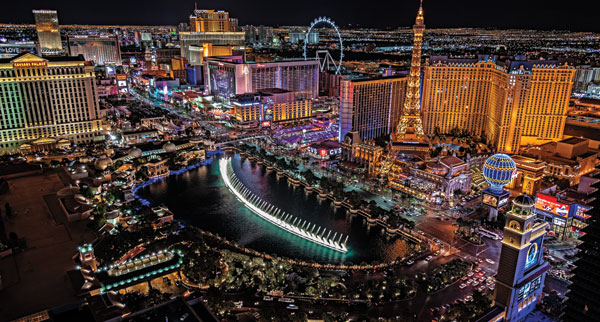 Extravagant, dazzling and fun, Vegas has reinvented itself and is now America’s undisputed capital of entertainment, with great accommodation and dining experiences.

Its historic downtown has been revitalised over the past decade, bringing a buzz back to Fremont Street. Former Rat Pack hangout the Golden Gate Hotel and Casino reopened this year after a stylish renovation. Cultural highlights nearby include the Neon Boneyard – a quirky open-air museum of restored neon signs – and the fascinating Mob Museum, which next year launches a Prohibition History Experience. After browsing bootlegging artefacts and visiting a working distillery, patrons can raise a glass in the museum’s new speakeasy.

Vegas never stays still for long, with two huge launches set for 2018. The Monte Carlo Resort and Casino is being rebranded to create two distinct hotel experiences: a Las Vegas version of Sydell’s widely acclaimed NoMad Hotel, and the launch of the luxury Park MGM hotel. The 17,500-seat Sands Concert Hall will open its doors behind the Palazzo and Venetian.

Gordon Ramsay, meanwhile, will open his fifth Vegas restaurant this winter. Hell’s Kitchen at Caesars Palace will immerse diners in the fiery world of the popular TV show. With huge shopping complex Wynn Plaza opening early next year, followed in the spring by the newly chic Flamingo hotel, which is undergoing a $90 million renovation, Vegas is set to become even more exciting. 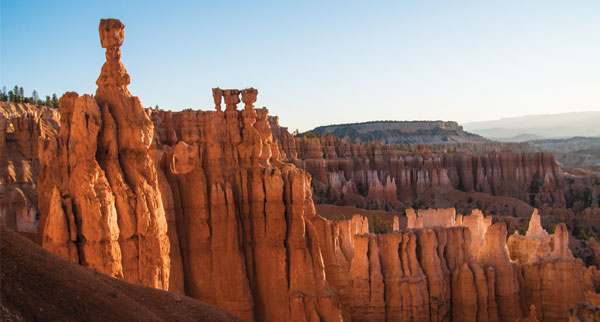 Travellers to Utah should prepare to be awed. Zion National Park can be explored in style from new glamping resort Under Canvas, with 60 luxury tents, great food and activities including hot-air balloon rides over jagged rocks, natural arches and tree-studded Zion Canyon. To explore without the crowds, hike to Kolob Canyon. This lesser-known section of the park wows with finger canyons and red Navajo sandstone cliffs.

It’s even more spectacular at night. Antelope Island, roamed by bison, recently became Utah’s ninth International Dark Sky Park – meaning the state now has the highest concentration in the world. Another is Dead Horse Point, famous as a filming location for Thelma & Louise, and one of 43 state parks.

Bonneville Salt Flats, covering a crunchy 12,000 hectares, is yet another arm-pinching sight. The landscape becomes even more surreal when racers attempt to break the land speed record during August’s Speed Week.

Salt Lake City is home to Utah’s most popular tourist attraction, Temple Square: the headquarters of the Church of the Latter Day Saints, or Mormons. The state capital is also shaking up its nightlife scene, with a growing reputation for innovative cocktails and chic bars. In January, visitors might see some famous faces at the bar, as Park City’s Sundance Film Festival also has screenings in Salt Lake City.

Utah’s notorious outlaw Butch Cassidy, immortalised in film alongside the Sundance Kid, is being honoured with two new museums – in his home town of Circleville and in Hanksville, where his Wild Bunch gang crept out of hiding for supplies. 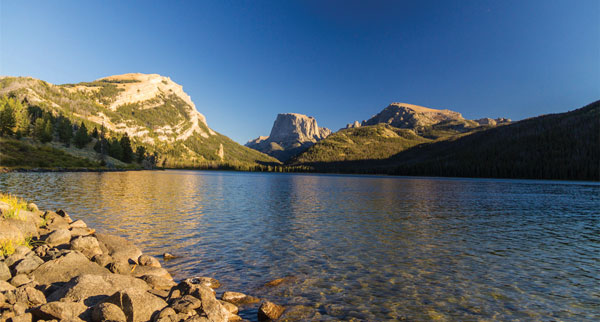 This vast outdoor playground has long been a favourite for skiers heading to the resorts of Aspen and Vail, and new direct flights from London with Norwegian (followed by United next March) are drawing more attention to its year-round appeal.

Those who’d rather strap on walking boots than skis can hike through a landscape of rivers, lakes, natural hot springs and the peaks of the Rocky Mountains. Colorado beckons with an amazing array of ever-changing landscapes and dramatic vistas. Twelve distinctively different national parks and monuments are open year-round and are always uncrowded.

Hip Denver is the ideal springboard for exploring the state, with vibrant neighbourhoods, great museums and a dynamic food scene. The stylish Kimpton Hotel Born opened in August, with the boutique Ramble Hotel slated for early 2018.

The Red Rocks Amphitheater hosts some of music’s biggest names between May and October during its Summer Concert Series. Suggest booking a yoga class on the curved steps to gaze towards the city while perfecting the ‘warrior one’ pose.

There’s no bad time to visit Colorado, but suggest September for clement weather and a calendar packed with delicious events. A Taste of Colorado has local musicians and artisan food, the Palisade Colorado Mountain Winefest offers tastings with strains of live jazz, and the Telluride Blues & Brews Festival promises three days of music and craft beer in a valley ringed by 4,000m mountains.

Travel Weekly have three Fitbits and three Amazon Echo speakers up for grabs. All you need to do to be in with a chance of winning is check out our six What’s Hot in the USA features between now and December and answer a question on each. This week’s prize is a Fitbit, and to be in the running, head to comp.travelweekly.co.uk/whatshotusa. You can also check out all our What’s Hot in the USA features at go.travelweekly.co.uk/whatshotusa

USAirtours offers an 11-night Las Vegas, Colorado and Utah itinerary from £1,199, for travel between January 1 and March 23 and including flights, accommodation, compact car hire and sat nav.

Find out more at: