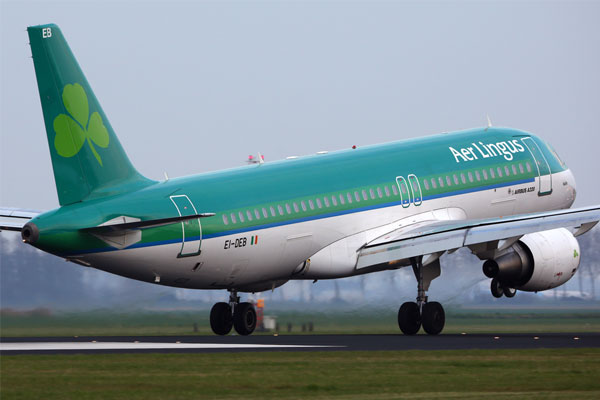 Aer Lingus has added a new route to Philadelphia from its hub in Dublin.

The service will run four times throughout summer 2018 with fares from £249 each way.

It follows the airline’s investment in four new aircraft in the last 24 months and adds to its existing transatlantic routes to Los Angeles, Newark, Hartford and Miami.

Summer 2018 will be the airline’s largest ever long haul programme, with 177,000 additional seats bringing Aer Lingus’ total capacity to and from North America for 2018 to 2.75 million seats.

Miami, which was launched as a new route in late summer 2017 and subsequently as a new winter route, will continue into next summer three times per week.

Passengers can pre-clear customs and immigration if they transfer at Dublin Airport. Washington DC will continue to operate daily for summer but on a larger Airbus A330-300 aircraft for four out of seven days.

Aer Lingus’ is continuing with its strategy of expanding its Dublin Airport base into a major gateway to North America from the UK.

Chief operating officer Mike Rutter said: “We are proud to continue to deliver on our promise to grow our transatlantic network and further strengthen Dublin Airport as a leading gateway to North America. We are delighted to be delivering on the growth opportunities that being part of International Airlines Group has presented over the past two years.”

Chellie Cameron, Philadelphia Airport CEO added: “We are very pleased to welcome Aer Lingus to Philadelphia and look forward to offering more non-stop, year-round service to Dublin. This capital city is a gateway to the beautiful country of Ireland, Europe and beyond. We are proud to expand our non-stop international service and we are excited to enhance travel between Ireland and Philadelphia.”