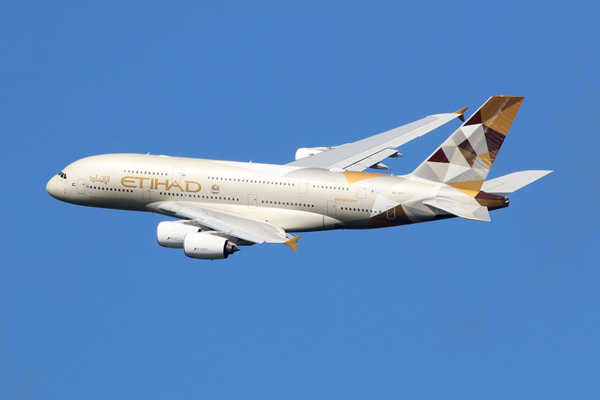 Etihad Airways is axing a transatlantic route to the US following American Airlines’ “unilateral decision” to terminate a codeshare agreement with the Gulf carrier.

The Abu Dhabi–Dallas/Fort Worth route is being suspended from March 25 after four years as it will become commercially unsustainable.

The route started in 2014 with three flights a week to American Airlines’ main US hub and was upgraded to a daily service in February.

More than 235,000 travellers have used the service since its launch. Almost half of Etihad Airways’ passengers to Dallas connect on US codeshare flights operated by American Airlines.

Etihad Airways chief executive, Peter Baumgartner, said: “The unfortunate decision by American Airlines to terminate a commercial relationship that benefited both carriers has left Etihad with no choice but to suspend flights between our Abu Dhabi home and Dallas/Fort Worth.

“We are open to American Airlines reversing its decision to cancel our codeshare agreement so that Etihad Airways can continue the route and together protect and support American national interests and global connectivity while driving commercial value for both airlines.”

Baumgartner added: “The cancellation of the Dallas route is one of several adjustments that we are making to our US network in 2018 in order to improve system profitability.

“Further changes are possible as we monitor the full impact of the American Airlines codeshare cancellation on summer 2018 bookings.”

The UAE carrier contributed $3.8 billion to the US economy, supported more than 30,000 American jobs, and brought 280,000 additional visitors to the US in 2016, according to independent research by Oxford Economics, in 2016