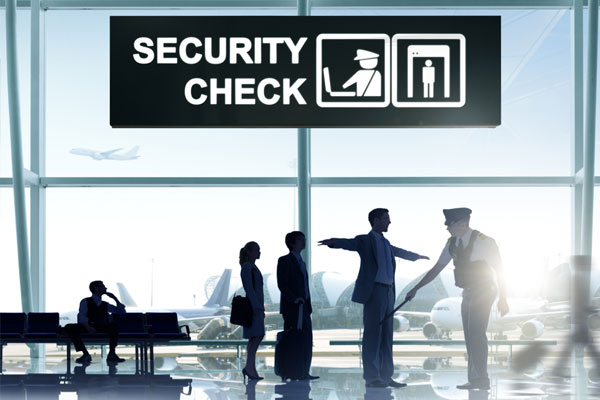 European business travellers are least concerned about safety and security than those from other parts of the world, a new study reveals.

Just over a third (37%) of travellers from Europe are worried compared with 47% from the Americas and 56% from Asia Pacific,

“We found that, yes, the world seems scarier at times – but travellers believe they have more tools at their disposal to keep them informed and safe.”

Terrorism only ranks fifth (35%) among safety concerns, despite the high visibility of terrorist attacks.

The poll of more than 1,900 people found that two-thirds (67%) of business travellers believe travel is safer today than in the past, as they have more tools to mitigate safety concerns.

Seven out of ten travellers use at least one of their employer’s security protocols, such as traveller tracking or emergency contact profiles. And more than two-thirds (68%) buy travel insurance.

But one in five travellers have cancelled a trip due to concerns about their safety and security.

And 30% say they are worried about their health and wellbeing when it comes to traveling.

Only 7% of Asia Pacific travellers said they were “not concerned” about personal safety while travelling for business.

That percentage rose to 12% for travellers from the Americas and 21% among EMEA travellers.

This is reflected in the fact that Asia Pacific travellers appear to be better prepared, with more than half (52%) maintaining an up-to-date emergency contact profile compared to 38% in the Americas and only 34% in EMEA.

Asia Pacific travellers are also more likely to sign up for notifications of real-time risks (41%). Only 33% do in the Americas and 29% do from EMEA.

Travellers fro/m the Asia Pacific region were also more likely to know ahead of time about local medical or security services providers with 35% planning for these services ahead, versus 25% in the Americas and 20% in EMEA.

Nowroz said: “Today’s travellers are sophisticated. They’re signing up for alerts, they’re paying attention to the news and they use the available tools at their disposal. So while travel may seem risky, they’re taking steps to stay safe.”