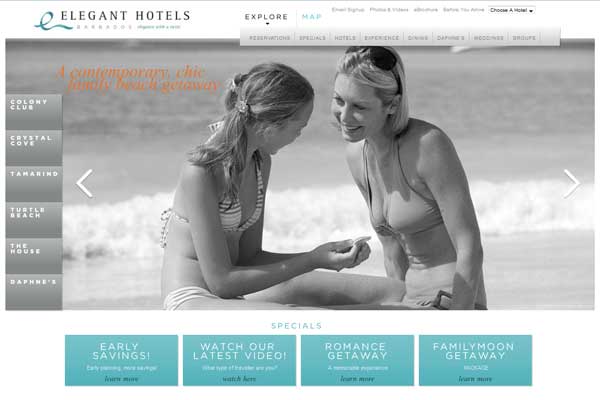 Elegant Hotels confirmed this morning that it had received an approach from Spanish giant Melia Hotels International but that discussions have been terminated.

The Caribbean hotels group was claimed by The Times on Saturday to be in the early stages of talks with Meliá over an estimated 110p-a-share bid, valuing the group at about £98 million.

However, Elegant Hotels issued a statement to the London Stock Exchange today to say talks had ended.

It said: “The board of Elegant Hotels notes the recent press speculation concerning the possibility of an offer being made for Elegant Hotels.

“The board of Elegant Hotels announces that it had received an approach from Melia Hotels International relating to a possible all cash offer for all of the issued and to be issued share capital of the company which may be made by Melia Hotels or one of its investment affiliates.

“The company further announces that discussions with Melia Hotels have now been terminated, and that Melia Hotels does not intend to make an offer to acquire the entire issued and to be issued ordinary share capital of Elegant Hotels.”

It also runs the beachfront Daphne’s Restaurant, a favourite with celebrities.

Meliá, which was founded in Palma 61 years ago by the Escarrer family, has about 370 hotels in 43 countries and has outlined ambitious expansion plans. It is listed on the Spanish bourse and has a market value of about €2.5 billion.

Elegant Hotels is expanding beyond Barbados with a management contract for Hodges Bay Resort in Antigua and a marketing and sales services agreement with the Landings Resort and Spa in St Lucia.

It also continues to look at opportunities on Barbados and acquired the 35-room Treasure Beach Hotel in May. The four-star hotel is being refurbished and will reopen at the start of the peak tourist season.