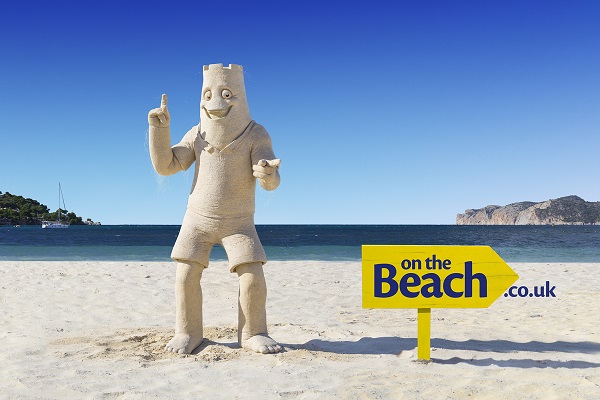 Online travel agent On the Beach has created a character made “entirely out of sand” to front its latest TV advert, which is to hit screens on Christmas Day.

Named ‘The Beach’, it is described as a “happy, fun-loving, playful character” by the almost namesake OTA.

The ad was shot by Manchester-based creative agency Cheetham Bell JWT in Majorca, one of On The Beach’s most popular destinations, with the character’s suit made by prosthetics supplier Millennium FX. It was directed by Owen Trevor of Stink Films in association with Palma Pictures.

Media agency The 7 Stars have opted to run the ad across TV, ‘outdoor’, digital, sponsorship and social media in what On The Beach is calling a “major marketing campaign” and its ‘biggest’ to date.

On The Beach is also to continue its sponsorship of ITV comedy series Benidorm, which is back on screens from February 28.

Tanasè Rivers, head of retail marketing at On the Beach, said: “This is our biggest marketing campaign to date and we are sure it will prove a huge success. The new campaign and TV ad perfectly communicates our position as beach holiday specialists and ‘The Beach’ is a fantastic character who will no doubt prove a big hit amongst new and existing customers. Holidays are all about relaxing and having fun and our new ad truly reflects our product and indeed our brand personality.”

Martin Smith, creative director at Cheetham Bell JWT, added: “On the Beach is all about the beach, so who better to have as our brand ambassador than a character made completely out of sand. He is what holidays are all about; he’s fun, playful and the catalyst of good times.”