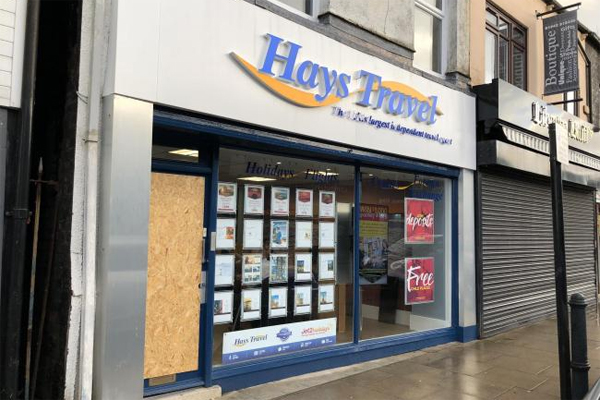 A branch of Hays Travel in Westhoughton near Bolton has been targeted by robbers who were reportedly armed with an axe.

Police confirmed they were called to reports of a robbery at the agency, in Market Street at 5.10pm on Thursday January 18, and said  inquiries are ongoing.

The local newspaper, the Bolton News, reports that it understands the perpetrators used an axe. Pictures on its website show the branch’s door boarded up.

A Greater Manchester Police spokeswoman said: “We can confirm that we were called shortly before 5.10pm [on Thursday January 18] to reports of a robbery.”

Update: Police later confirmed that “a weapon” had been used but as of Friday January 19 were unable to say what was used as they waited on forensic investigations to be completed.