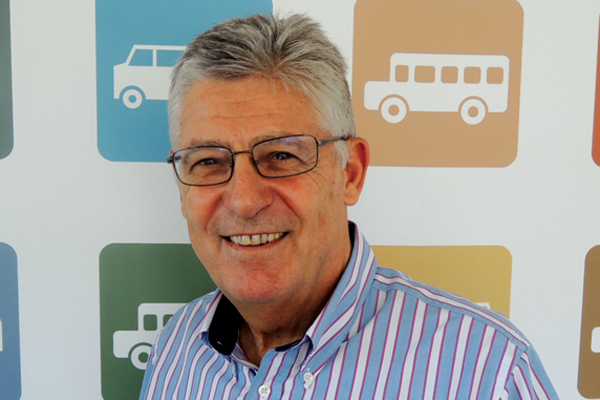 When Phil Norris started work as a UK sales rep for Thomson Holidays in the mid-1970s, the trade’s knowledge of Spain was a far cry from today.

Norris, who retires this week after 44 years in the industry, including stints at Thomson Holidays (Tui), Thomas Cook, Jetsave, Unijet, Freedom Flights and most recently A2B Transfers, recalled: “We toured the country with a 16mm film projector to show agents what Spain was like.

“We’d have 1,000 agents in a hall and people would ask if you could drink the water. It’s incredibly hard to imagine that now, but it was a different era.”

Norris – who was “hooked” after taking agents on his first fam trip at Thomson – has witnessed wide-ranging industry change, highs and lows.

In the 1980s, he worked for Florida specialist Jetsave, one of the pioneers of low-cost transatlantic flights and holidays, when the US exchange rate of $2.40 to the pound saw Florida’s popularity soar.

“It was unbelievably good‑value. We were sending 150,000 passengers a year,” he said.

Norris was also among those to lose his job when his employer, XL Leisure Group, collapsed in 2008, one of the biggest failures the industry has ever seen.

He said: “I got involved on the holiday side when XL decided to offer a tour product with flights. Agents loved it. But fuel prices had gone up and there was no money in the business to buy forward.

“The business grew too quickly. It was a real shame: you feel you have let agents down.”

Norris got back on his feet thanks to a job offer from Renaldo Scheepers, chief executive of A2B Transfers owner Hoppa Group.
He has spent the last nine years there, most recently as business-to-business sales director, working with agents internationally as the company has expanded.

He added: “It’s nice to finish on a high. It’s such a fun, exciting industry to be part of.”