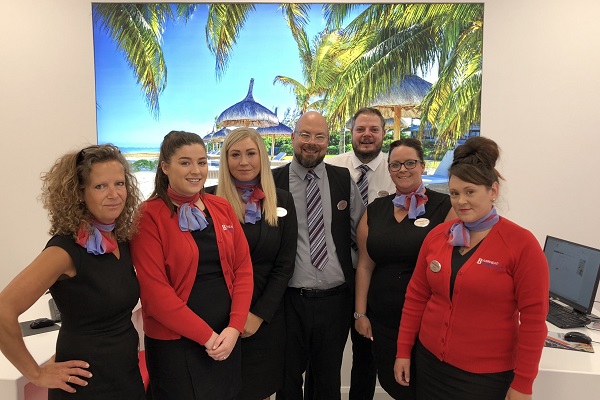 Barrhead Travel has opened its first experiential store in Southampton

The independent travel agency chain, which is headquartered in Glasgow, now has more than 70 stores in its network.

At the Southampton branch, which opened its doors on Tuesday, May 29, there will be separate cruise and long-haul areas although the agency will cater for all types of holidays.

The store, which employs 12 staff, features a foreign currency unit. It is dubbed ‘experiential’ as it is home to interactive screens and will have virtual reality headsets introduced alongside an ‘experiential events’ calendar.

Store manager Paul Hermann, who has more than 30 years’ experience in travel, specialises in selling Sandals, ‘round the world’ and cruise.

Assistant manager Stephanie Topping – who previously worked for Thomas Cook – has been in travel for nearly 10 years and is a specialist in worldwide cruise, long-haul and package holidays.

Former Virgin Holidays agent Sarah Cook, the top seller of Sandals in Southampton, also joins the team as does team leader Simon Hanks, who has spent 11 years at Thomas Cook.