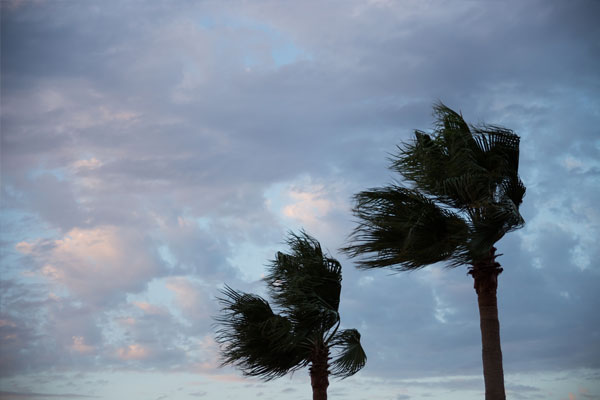 British travellers to the Pacific coast of Mexico have been warned of “hazardous” weather conditions as Hurricane Bud approaches.

The Foreign and Commonwealth Office updated its travel advice for the state of Baja California and four other states in the west coast of the country.

The international airport appeared to be operating normally yesterday afternoon.

Rodrigo Esponda, managing director of the Los Cabos Tourism Board, told the Associated Press that all measures to protect the community and tourists were in place.

The US National Hurricane Centre said last night that Bud was skirting the coast but was expected to move across the peninsula overnight and across the Gulf of California today, reaching the mainland by tonight.

Its centre was about 30 miles from Cabo San Lucas.

Extensive damage was caused to the Baja peninsula when it suffered a direct hit from Category 3 Hurricane Odile in 2014.

Workers at the Marquis Los Cabos hotel in San Jose del Cabo spent the last three days battening down the hatches — anchoring palm trees and covering large windows that all shattered during Odile.

However, AP reported that there was a sense of relief that wind speeds had fallen from a maximum of 130mph two days earlier to 40 mph – strong enough to potentially do some damage, nothing likely to resemble the devastation wrought by Odile four years ago.

The FCO said: “Hurricane Bud in the Pacific is currently moving north and may bring hazardous sea and weather conditions to the state of Baja California Sur and to the west coast of the country, including the states of Colima, Jalisco, Nayarit and Sinaloa.

“You should monitor the progress of approaching storms on the website of the US Natiional Hurricane Centre and follow the advice of the local authorities, including any evacuation orders.”