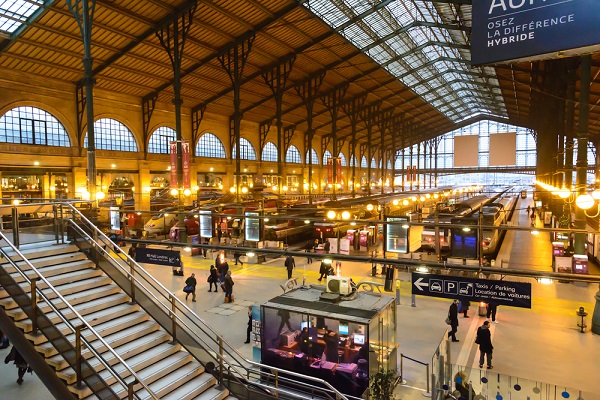 Paris’ Gare du Nord, the busiest train station in Europe, is to treble in size by 2024.

The board of SNCF, France’s state-owned railway company, made the announcement after a meeting with contractors CEETRUS, which will carry out the extensions alongside SNCF Gares & Connexions and operate the station for a period of 35 to 46 years.

The project has been hailed as creating a “symbolic station of the 21st century” and has been scheduled to be completed in time for the 2024 Olympic Games.

Guillaume Pepy, president of SNCF, said: “This project manifests a strong ambition for Paris Gare du Nord. It has been long-awaited. The new Paris Gare du Nord, which will open to the public by mid-2023, will resemble in many ways St Pancras station in London. The project involves a large number of experts from the SNCF team and represents a major advancement for 700,000 daily commuters and high speed rail passengers transiting through the largest European train station”.

Patrick Ropert, chief executive of SNCF Gares & Connexions, added: “Each time we transform a train station in Paris, we transform part of a Parisian neighbourhood. Paris Gare du Nord will become the symbolic station of the 21st century, by ensuring the availability of the maximum number of services, adapted to the needs of our society. Tripling the size of Gare du Nord station for the 2024 Olympics is a huge challenge which we are undertaking with great determination and pride”.

Vinney Mulliez, president of Ceetrus, said: “It is a project that combines the high stakes of tomorrow’s urban lifestyle: lively, animated areas for passenger flows that become true living spaces, the role of retail and its evolution, user needs, reconnecting with the city. The Gare du Nord project illustrates the commitment of Ceetrus and its ambition to become a global urban player, serving citizens and the cities of tomorrow while enhancing their daily lives.”