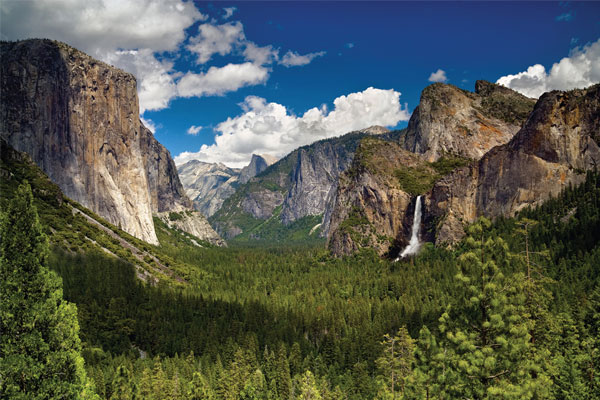 The Yosemite National Park has re-opened although wildfires continue to rage in parts of California and Oregon.

The Foreign and Commonwealth Office updated its travel advice on the fires yesterday, adding that while the national park was now open again to visitors, states of emergency had been declared in some counties along the US west coast.

“Areas in and around Shasta, Lake, and Mendocino Counties in northern California, and Orange County in southern California have been particularly affected,” the FCO said.

“Wildfires can spread swiftly, so if you’re in the area you should remain vigilant, monitor local media reports, and follow the instructions issued by local authorities, including obeying any evacuation orders.”

Meanwhile, VisitCalifornia issued an update for agents in the UK and Ireland, reporting that all major airports and roads are open across California.

“In the affected regions, wildfires have caused road closures, some attraction closures and air quality concerns,” the tourist office said. “Less than 1% of the state’s total land mass is affected.

“The majority of California remains a safe and accessible place to visit.”

The Ferguson fire in Yoesemite is currently 86% contained, however, motorists are being urged to drive safely as fire-fighters are still working in the area.

A connection between The Mariposa Grove and the Valley Floor via Highway 41 will remain closed for another week. Several other attractions in the area also remain closed, including Hetch Hetchy and Glacier Point.

The National Park Service announced the re-opening of Highway 120 last week allowing visitors to enter the park via the Big Oak Flat entrance and the Tioga Road.

Highway 140 will re-open today with key attractions such as the Valley Floor, Mariposa Grove and Wawona accessible again.

Tourism to Mendocino County remains fully operational with all major highways, lodging and attractions unaffected despite the edge of wildfires located in the region’s wilderness areas, according to the local tourism authority.