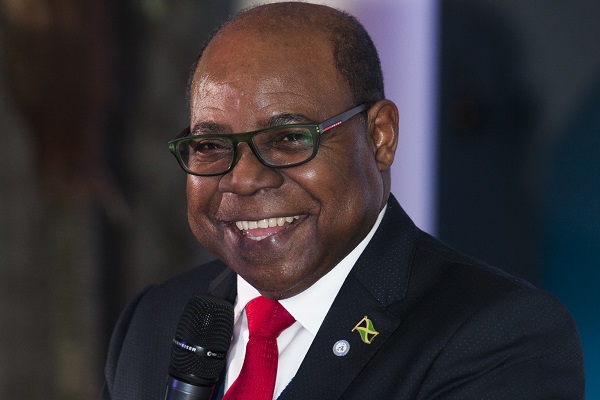 Jamaica’s Minister of Tourism, Edmund Bartlett, has told UK travel agents not to worry about the state of emergency currently in place in Jamaica, which he says has been implemented as a strategy to keep the island safe.

Speaking to Travel Weekly at the Jamaica Travel Market in Luton last week, Bartlett said the country’s overall repeat business of 42% is a “strong statement of how comfortable people feel about being in Jamaica”.

“In the context of what is known to be a state of emergency to the world, it conjures an image of ‘out of control’, everything is unsafe,” he said.

But Bartlett explained: “This is not a state of emergency driven by a series of activities that we are not able to manage. This is a pre-emptive move and it is part of a strategy to ensure that we keep the destination pristine.”

The state of emergency covering Montego Bay, the country’s most popular tourist destination, has also been further extended, and has now been in place since January.

His comments were echoed by Jamaica’s newly appointed director of tourism, Donovan White, who said that “the enhanced state of security has worked in our favour”.

“Montego Bay is the life of the destination today. Occupancy levels are up in the hotels, people are on the beach, and we believe that’s a direct result of having ensured that we took certain measures early and often and maintained them in a way that allows us to be functional and continue to be functional,” he said.

UK visitor numbers rose by 3% in June and July this year compared to last year. The overall number of arrivals to the island reached 4.3 million in 2017.

“We’re confident the 3% growth we’re seeing currently in summer of 2018 from the UK will not only continue but it is set to rise,” said White.