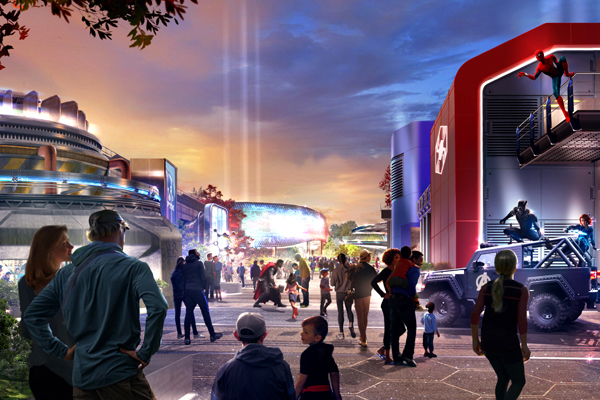 Disneyland Paris has released a new image showing what the new €2 billion Marvel-themed area at Walt Disney Studios Park will look like.

In the new area, visitors will encounter characters such as Doctor Strange and Spider Man, and experience the latest Pym Technology with Ant-Man and the Wasp.

Iron Man, Captain Marvel, Black Panther and Captain America will also be brought to life at the theme park, while the Rock ‘n’ Roller Coaster will be given a revamp as part of the project.

Riders will team up with Iron Man and Avengers characters on a “high-speed, hyper-kinetic adventure”, according to the company.

Captain America, Spider-Man, Guardians of the Galaxy and Black Widow will return for the second edition at Disneyland Paris in 2019.

Areas based on Frozen and Stars Wars are due to be built once Marvel’s has been completed.

The new areas will be rolled out in phases from 2021.

It will be the first hotel to showcase Marvel products.